Two years ago, we received an invitation to the premiere of a new Polpora watch, which was the then women’s Flamingos model. Due to personal reasons, we were unable to attend this event. A year later, we missed the premiere of the Zawisza and Kościuszko II models.

When two weeks ago we received an email with an invitation to another premiere from Ms Aleksandra Budzisz from Polpora Atelier, we decided that this time we would not give up.

The premiere was to take place on December 1, 2021 at 6:00 p.m. in the “Winny Dworek” vineyard in Górzykowo, less than 100 km from Leszno, where we live. So we immediately confirmed our presence and on December 1, after minor complications along the way, we reached Górzykowo.

In a beautiful wine manor, the main hall has been arranged so that the main attraction are the heroes of this event – watches. Two new models were displayed on barrels among wine corks. The whole great impression was completed by the spotlight shining on this year’s premiere models.

The event began with a short presentation of the history of the Polpora brand. Then Tomasz Cerbiński – the owner of the Polpora brand, together with Aleksandra Budzisz presented new models to the guests – one for women, available in 2 color variants, and one for men.

Polpora Terra Lux is a women’s watch made of stainless steel, in a 34mm wide case. This model belongs to the Elementum collection, referring to the elements. This particular model with the name Terra is associated with the earth element, which is symbolized by diamonds placed in the indices. The watch, although with an undoubtedly classic design, also has many elements that distinguish it from many women’s watches, such as a mother-of-pearl dial, a very interestingly decorated bezel and an additional, notched surface in the middle of the dial. All this has been done with incredible attention to detail, and the design itself is extremely well refined, thanks to which the watch immediately gives the impression of luxury, but without exaggerated splendor. The Bianco version has a mother-of-pearl dial in white and the Tahiti mother-of-pearl dial in a dark greenish shade. The watch is powered by an automatic movement Sellita SW-200 in the Elabore version.
The price of a women’s model in both color versions is PLN 11,790.
Each color version is limited to 50 pieces. 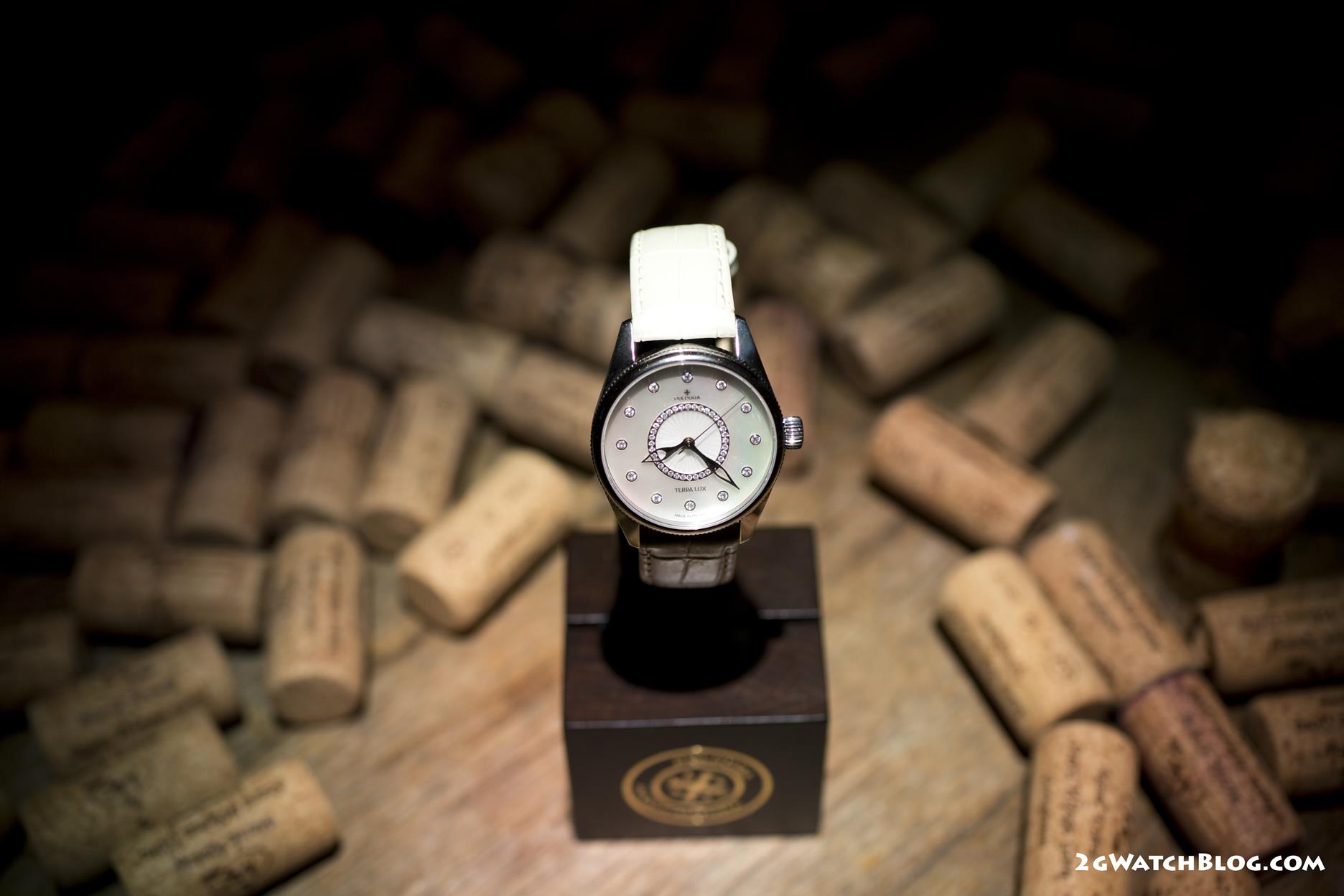 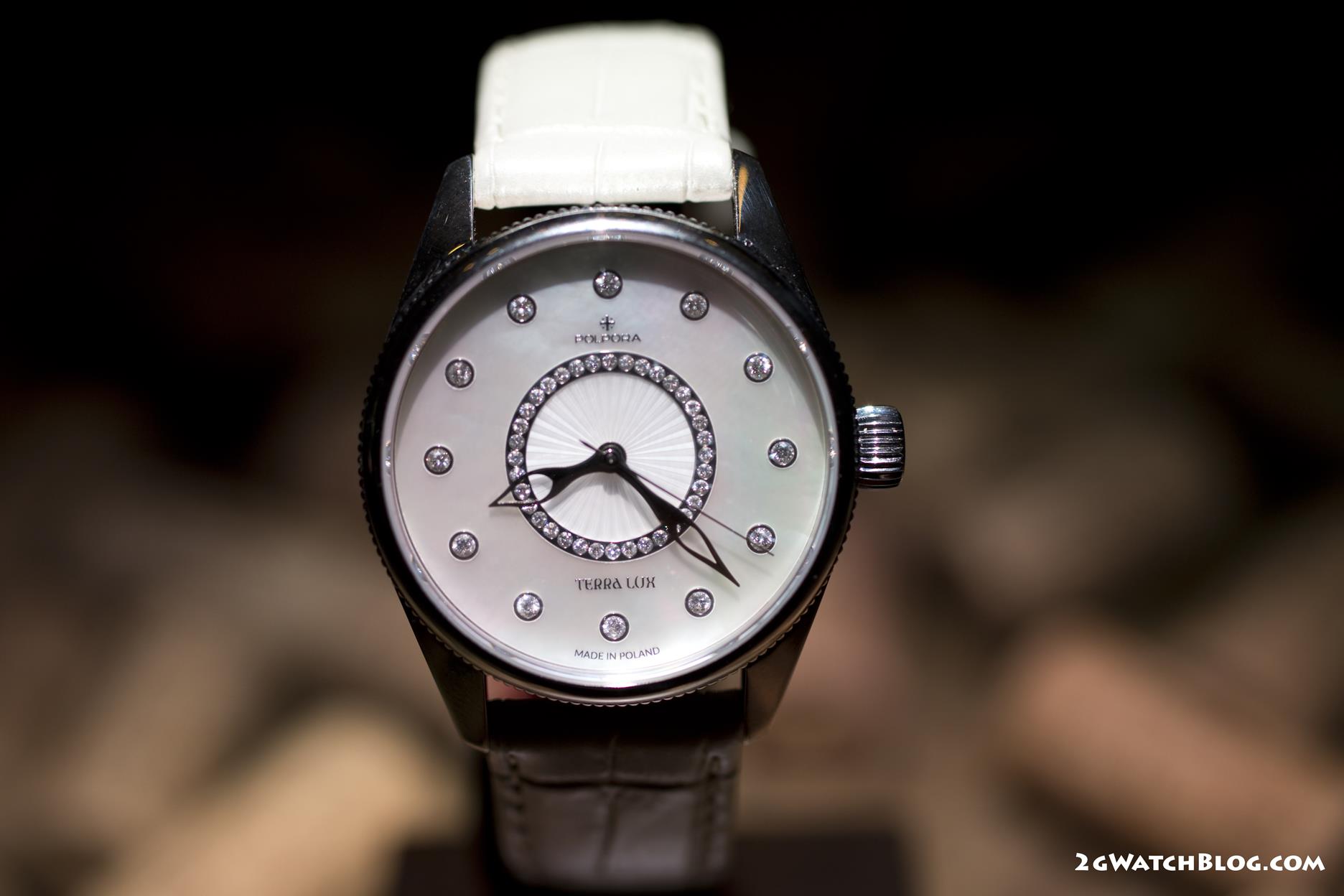 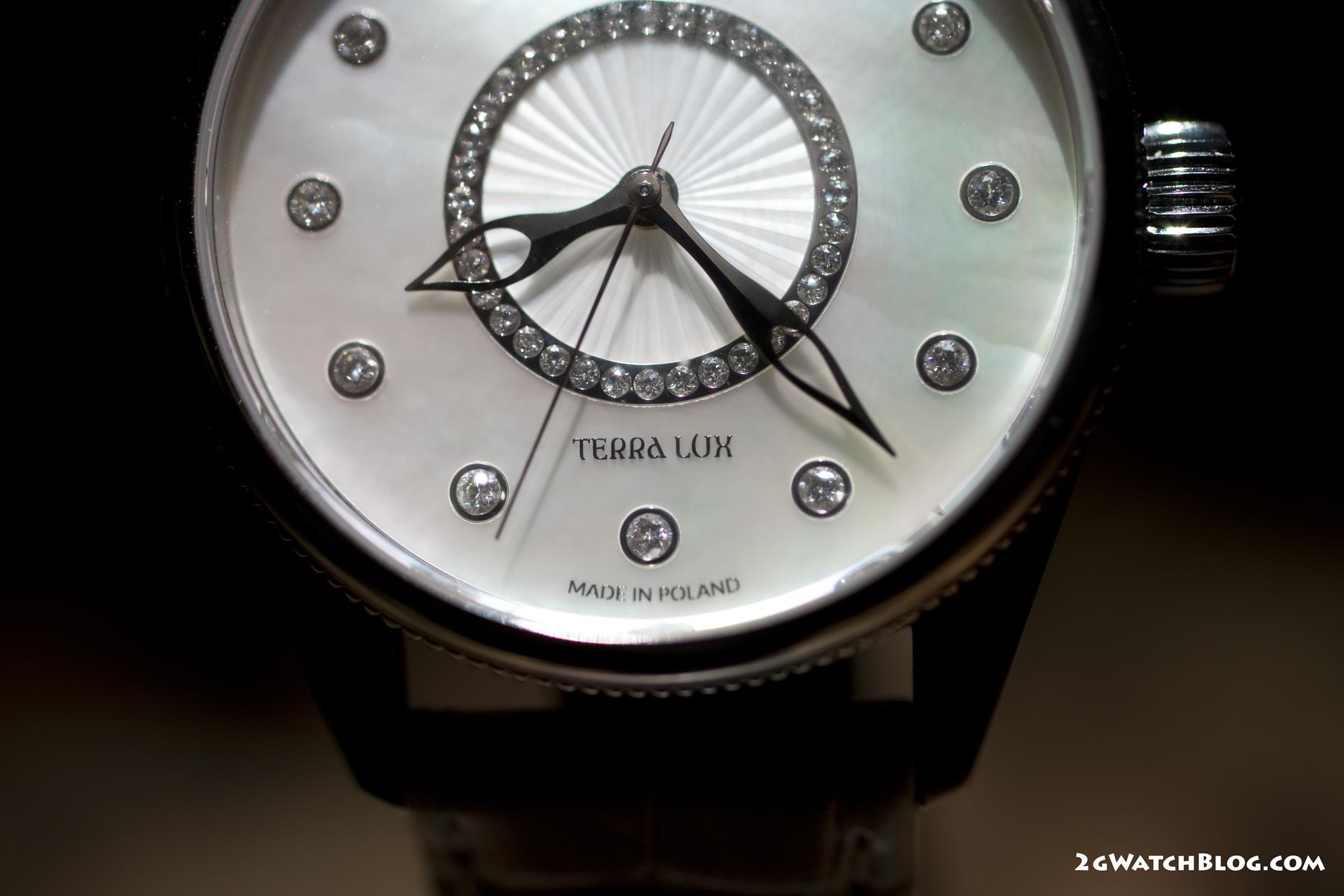 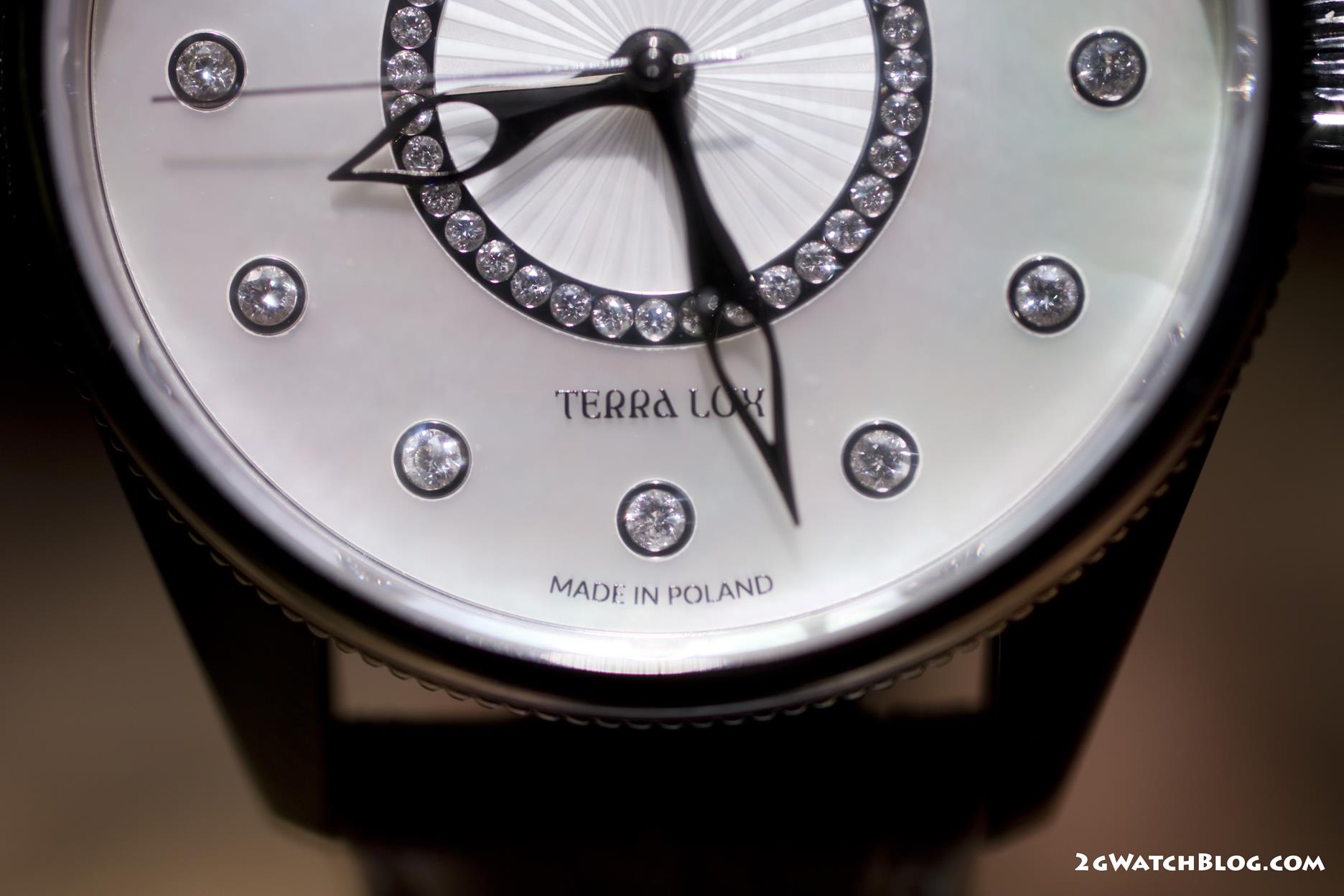 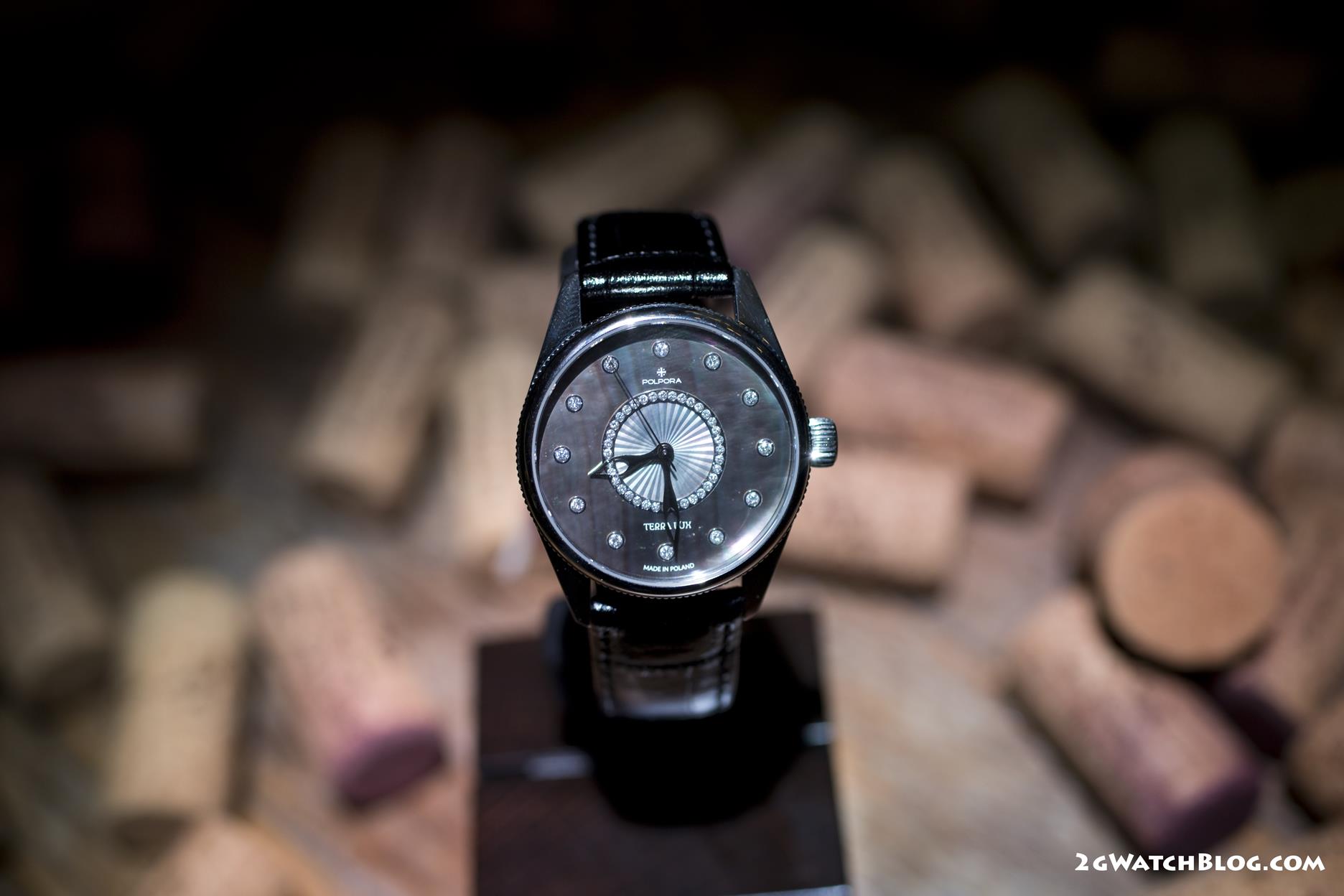 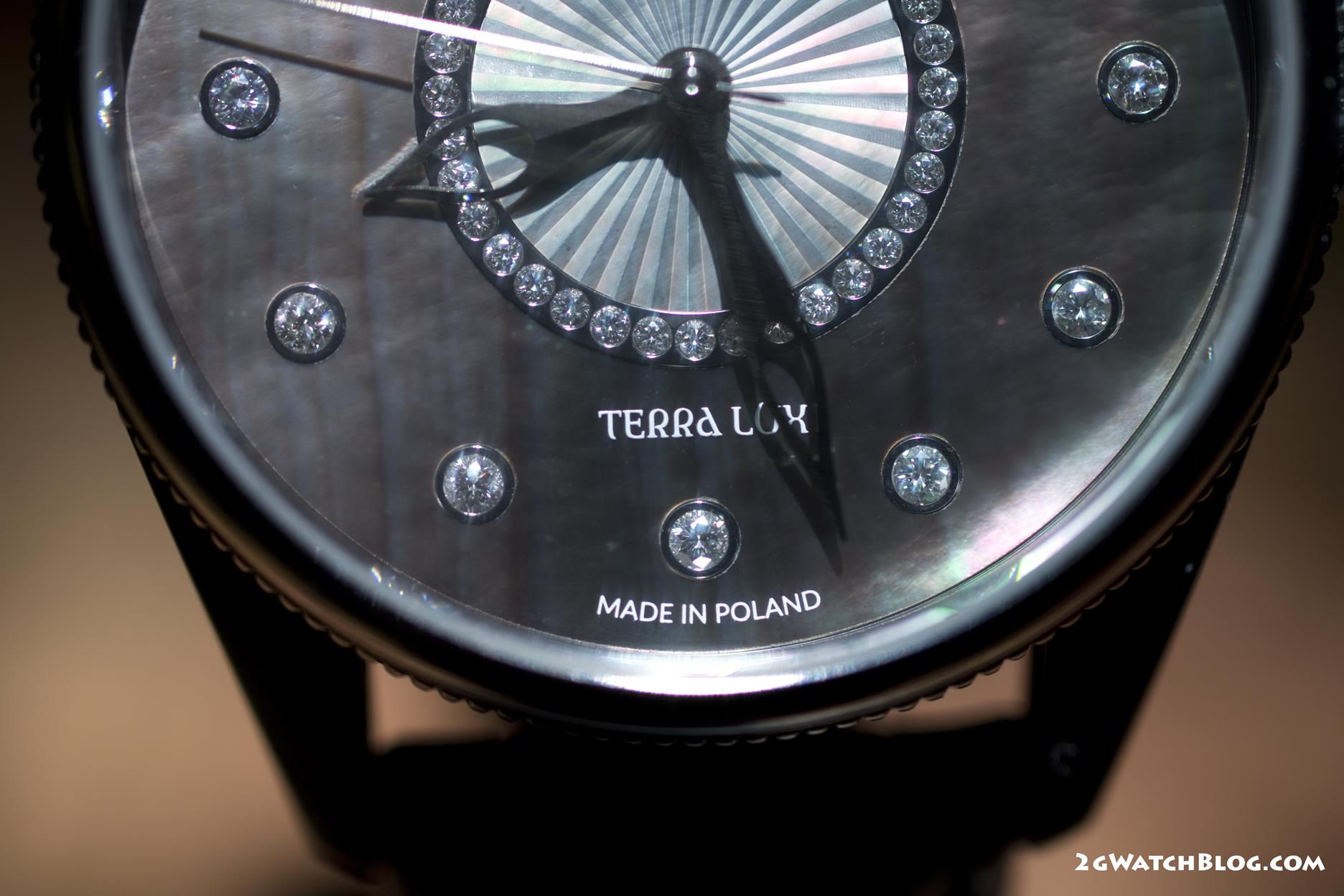 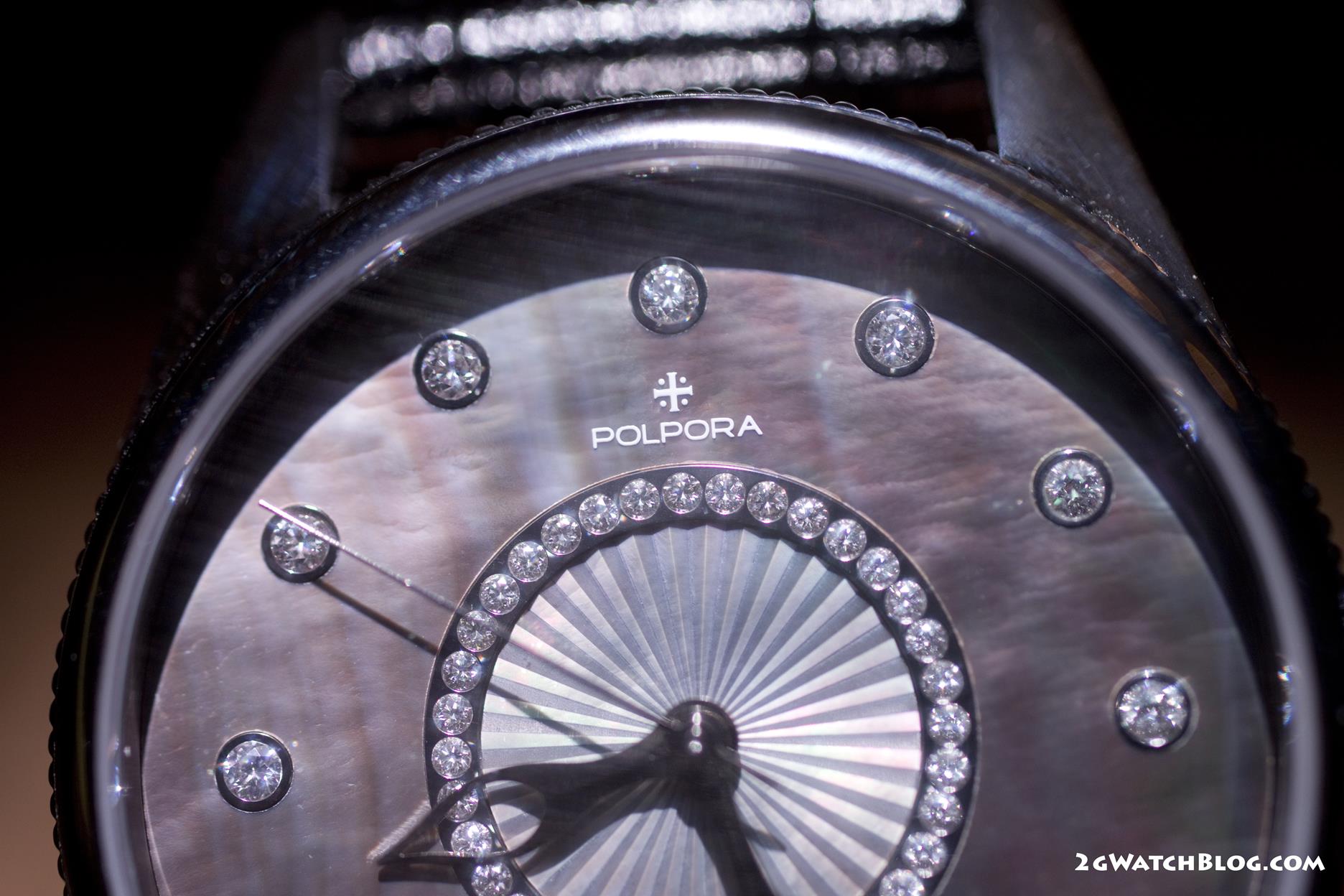 The Chrobry Denar is the first Polpora watch in a gold case. Not just any gold, because it is 18 carat. The weight of the bullion itself is 28 grams. I can honestly say that out of all the models that have been created in this manufacture in Zielona Góra so far, I like this one the most. The watch has been designed in a universal size. The width of the case without the crown is 40.5 mm, and its thickness is only 6.4 mm. The rest of the value is filled by convex glass, which adds to the remaining 4.1 mm. The watch with a thickness of 10.5 millimeters will easily fit under the cuff of a suit shirt, therefore the Denar Chrobrego model will perfectly fulfill the role of a suit watch. The watch is powered by a manual Sellita SW-210 in the Top version. The central part of the dial is a applied, spatial pattern referring to the Chrobry Denar – one of the most famous coins in the history of Polish coinage. It is the symbol of the most famous Polish coin that makes the greatest impression in this watch – it stands above other classic watches of more popular manufacturers of premium watches. All the proportions in this watch are perfect – the hands are long enough, the indices are delicate but still very visible. The dial – despite the large size of the pattern in its center – still remains extremely legible, does not give the impression of being overloaded. The watch is incredibly sophisticated; nothing is too much and nothing is too little, when we put an elegant strap on it, it will be a 100% suit watch, while when we change it to suede, it will become an excellent casual style watch. Hats off to those who took part in the Denar Project.

I would love to wear this watch every day and add it to my collection. Unfortunately, the price, due to the material from which the case is made, is 38,980 PLN and is beyond the reach of my current watch budget. The gold Polpora Denar Chrobrego watch is limited to 50 pieces. 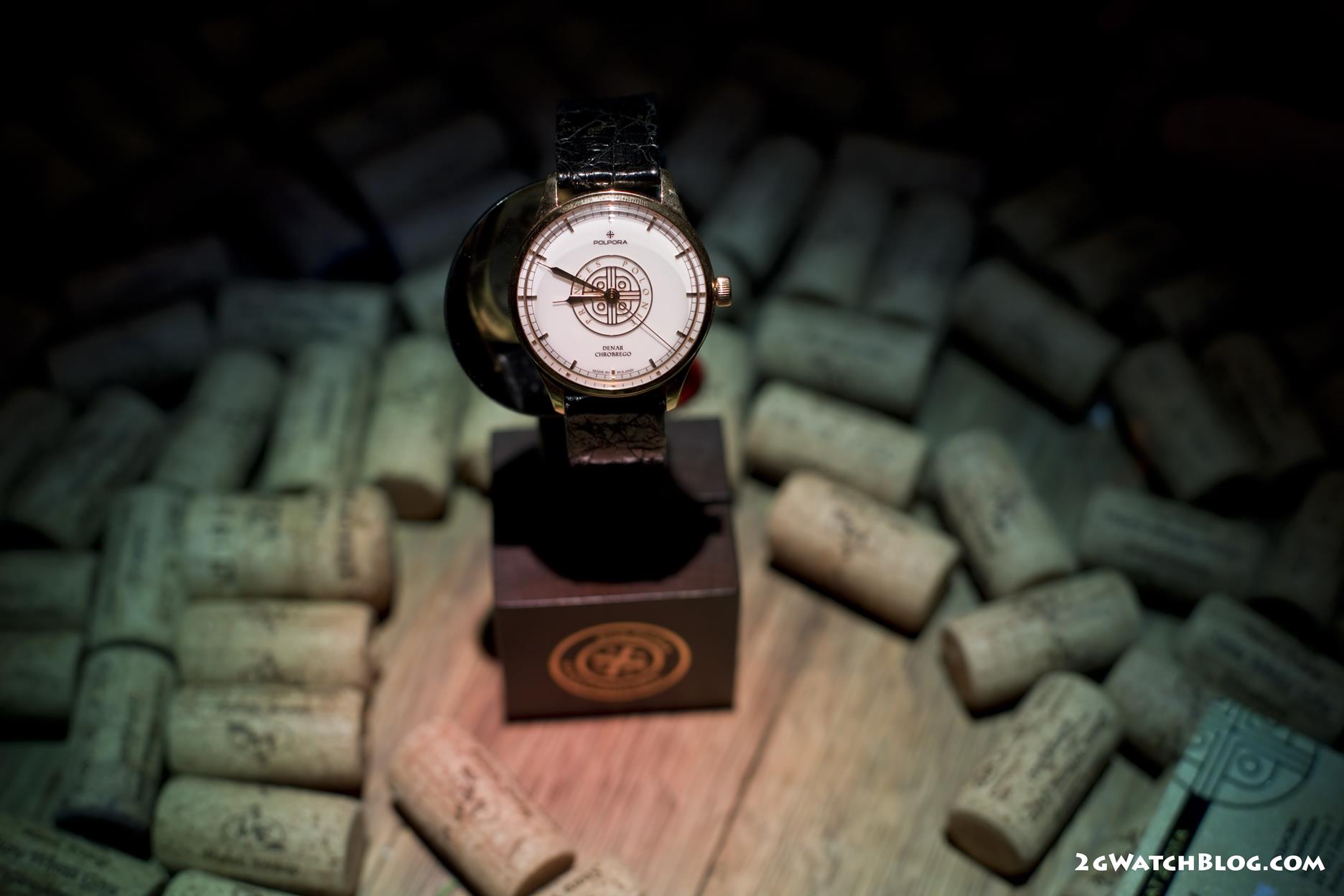 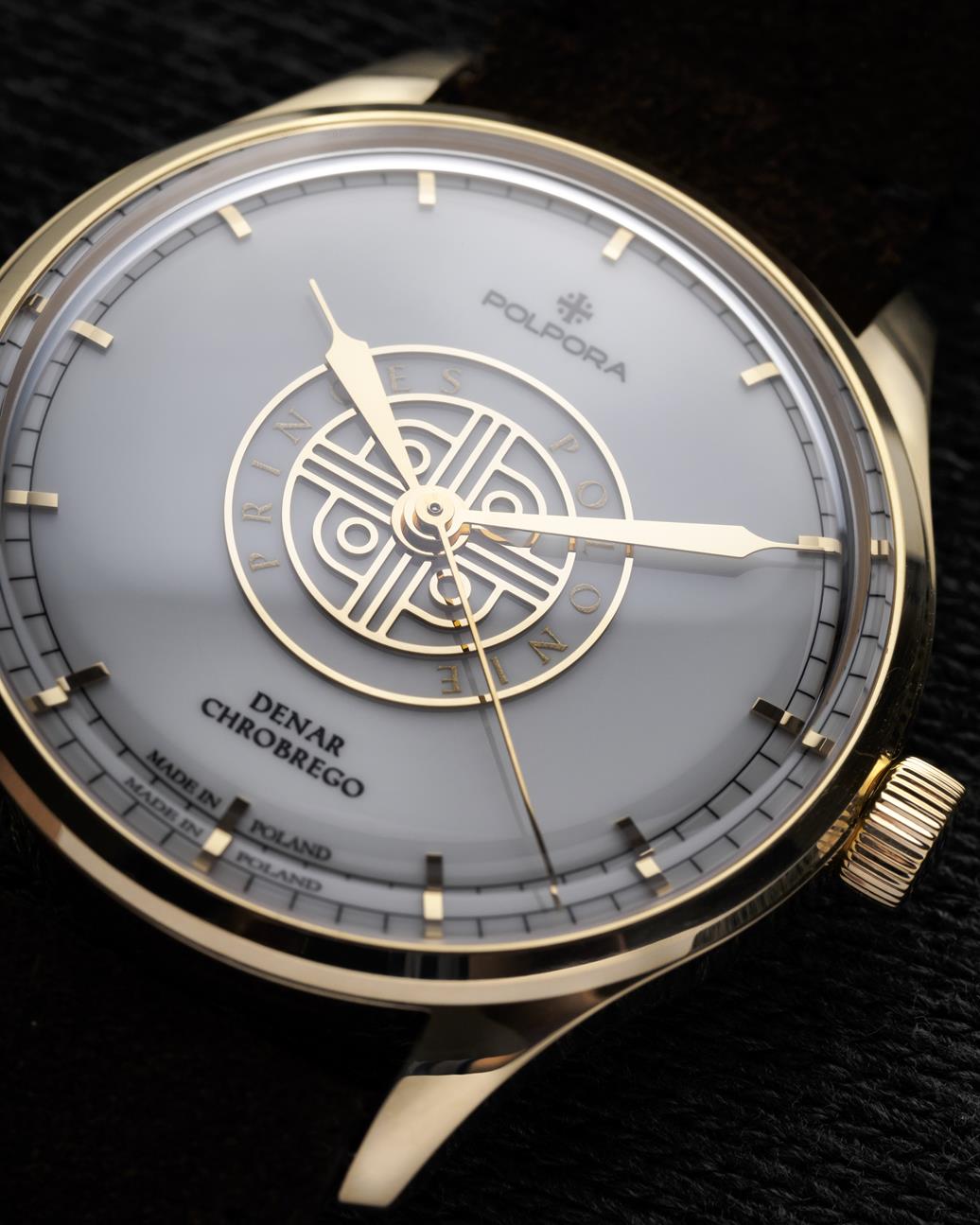 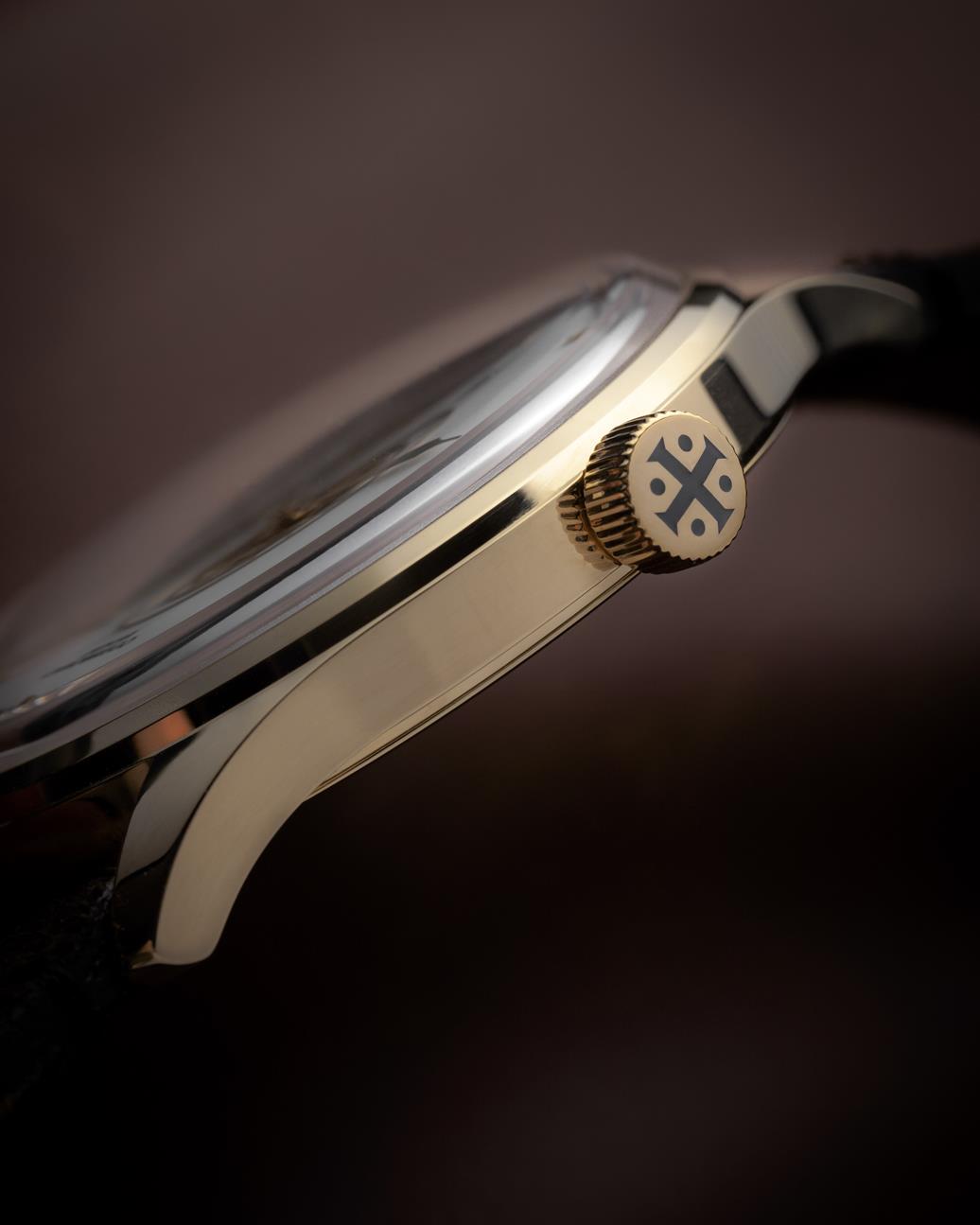 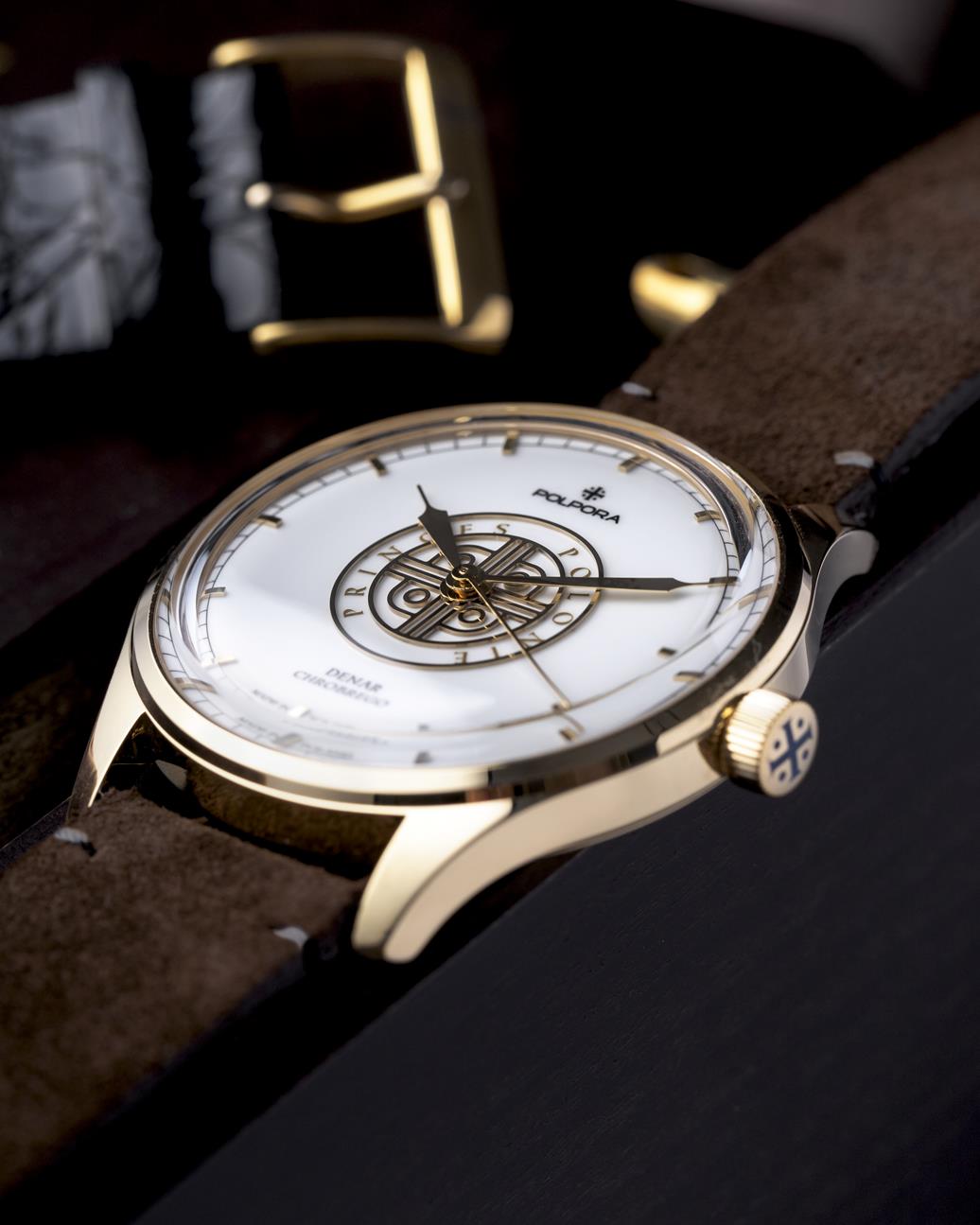 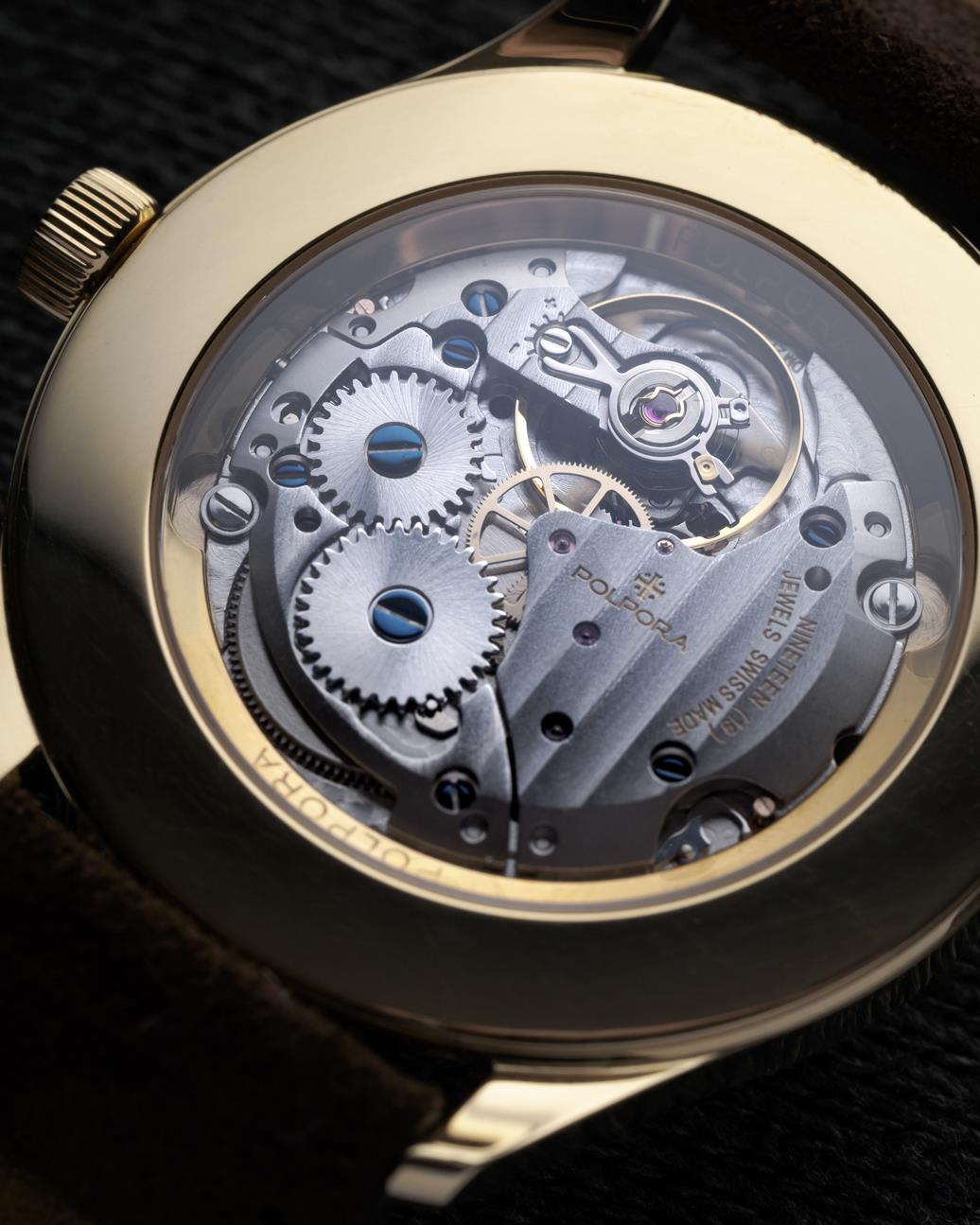 While attending the premiere, we could also catch up and see, try on and photograph the remaining Polpora models, the premieres of which we missed. Model Flamingos, Kościuszko II and Zawisza Czarny. 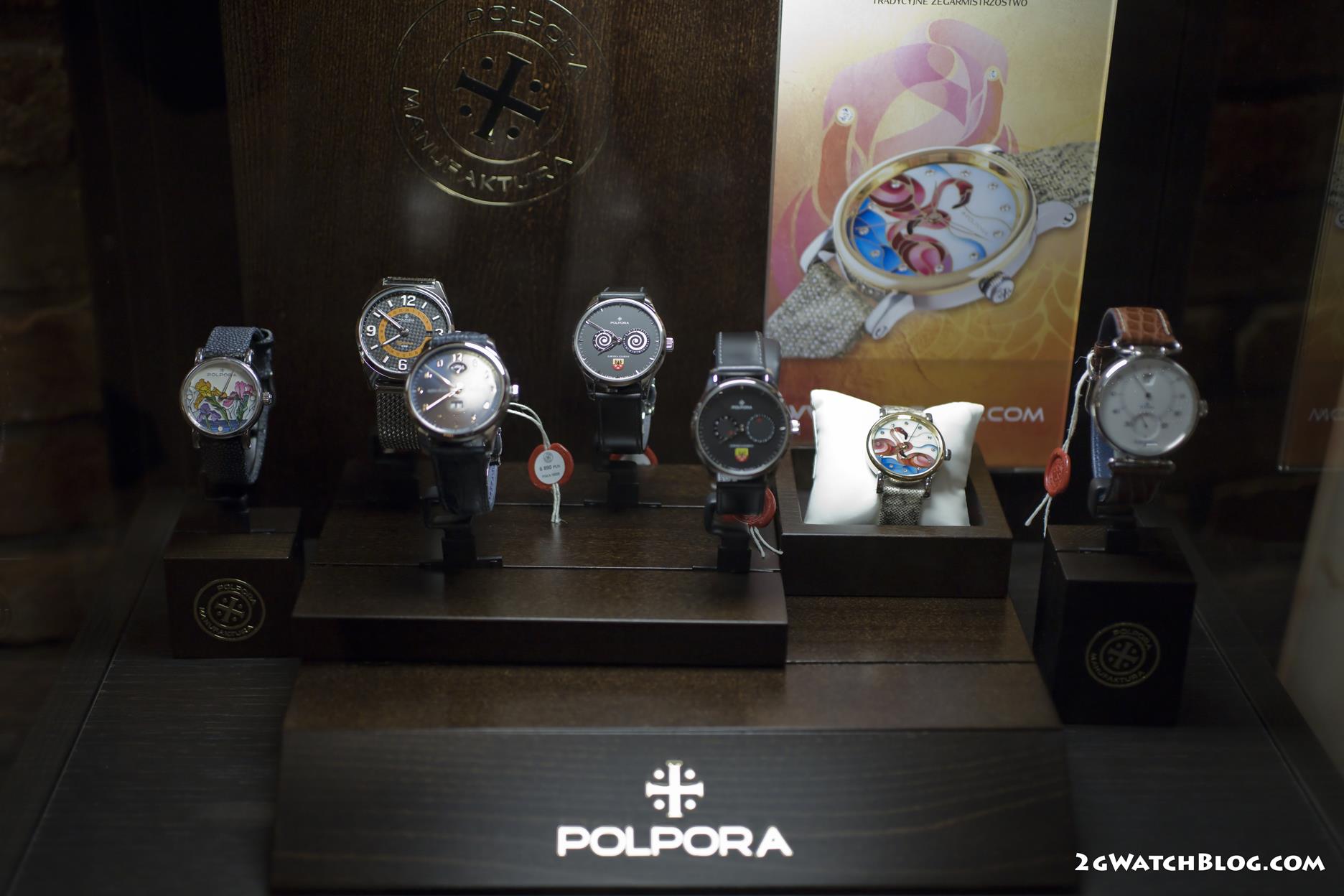 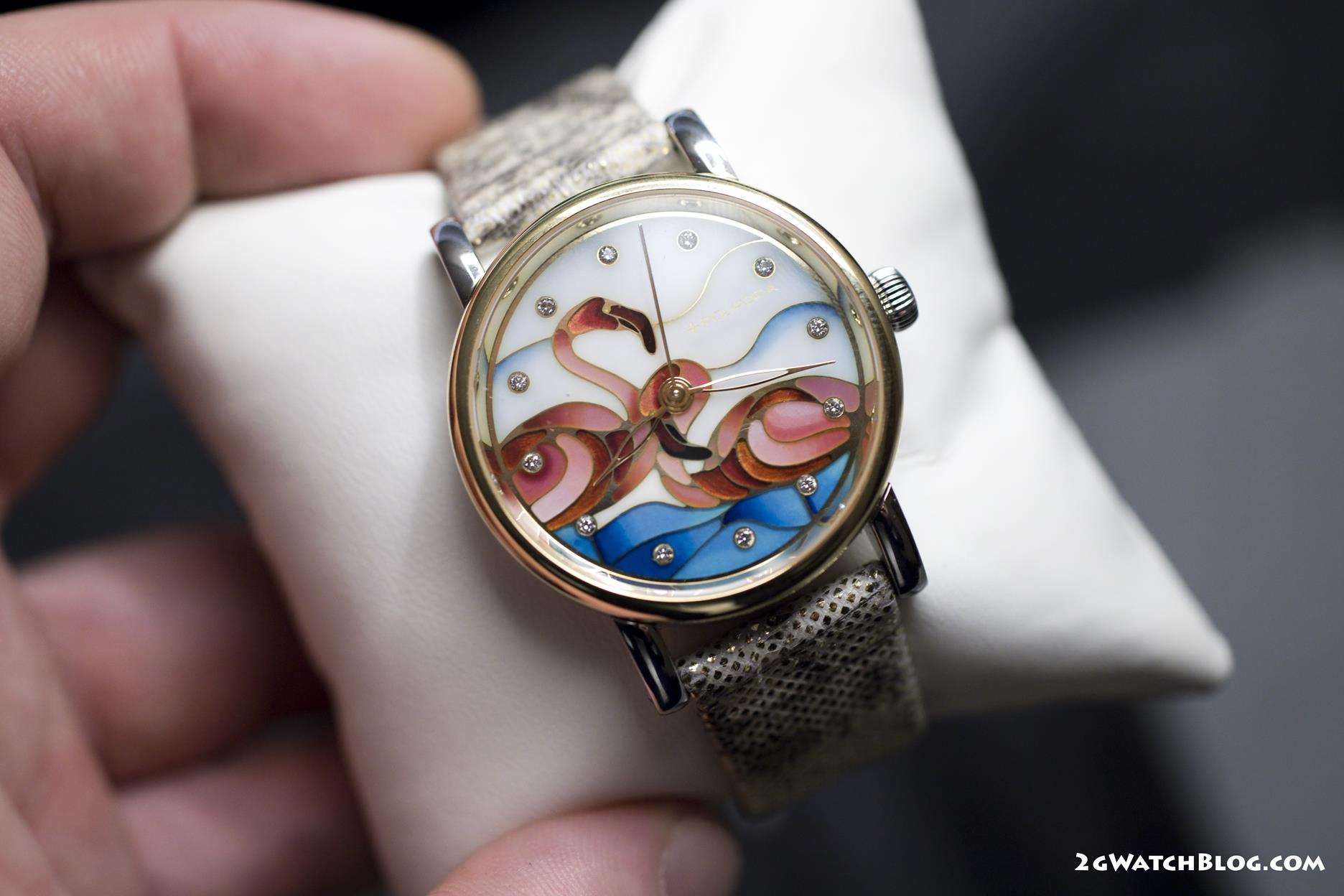 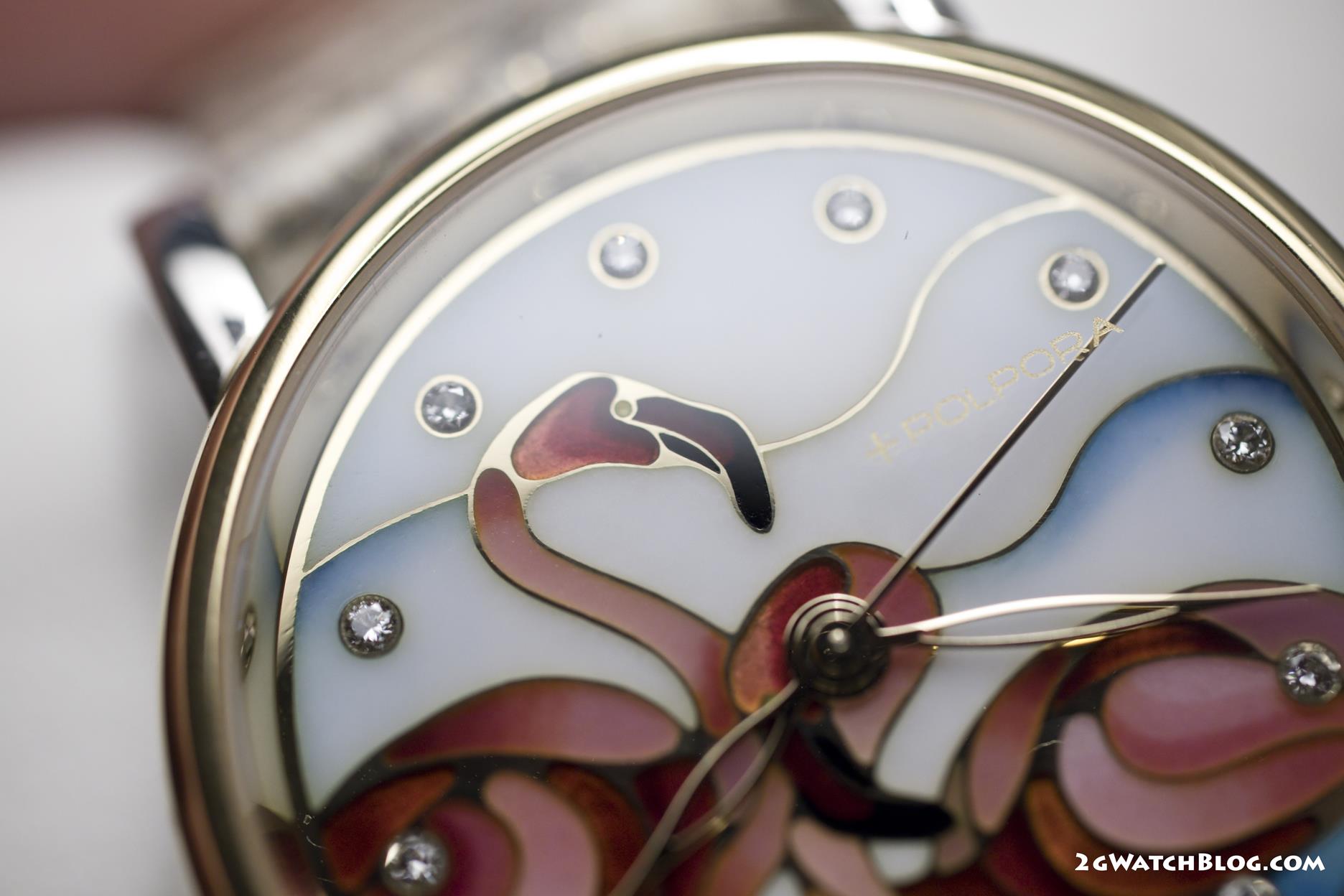 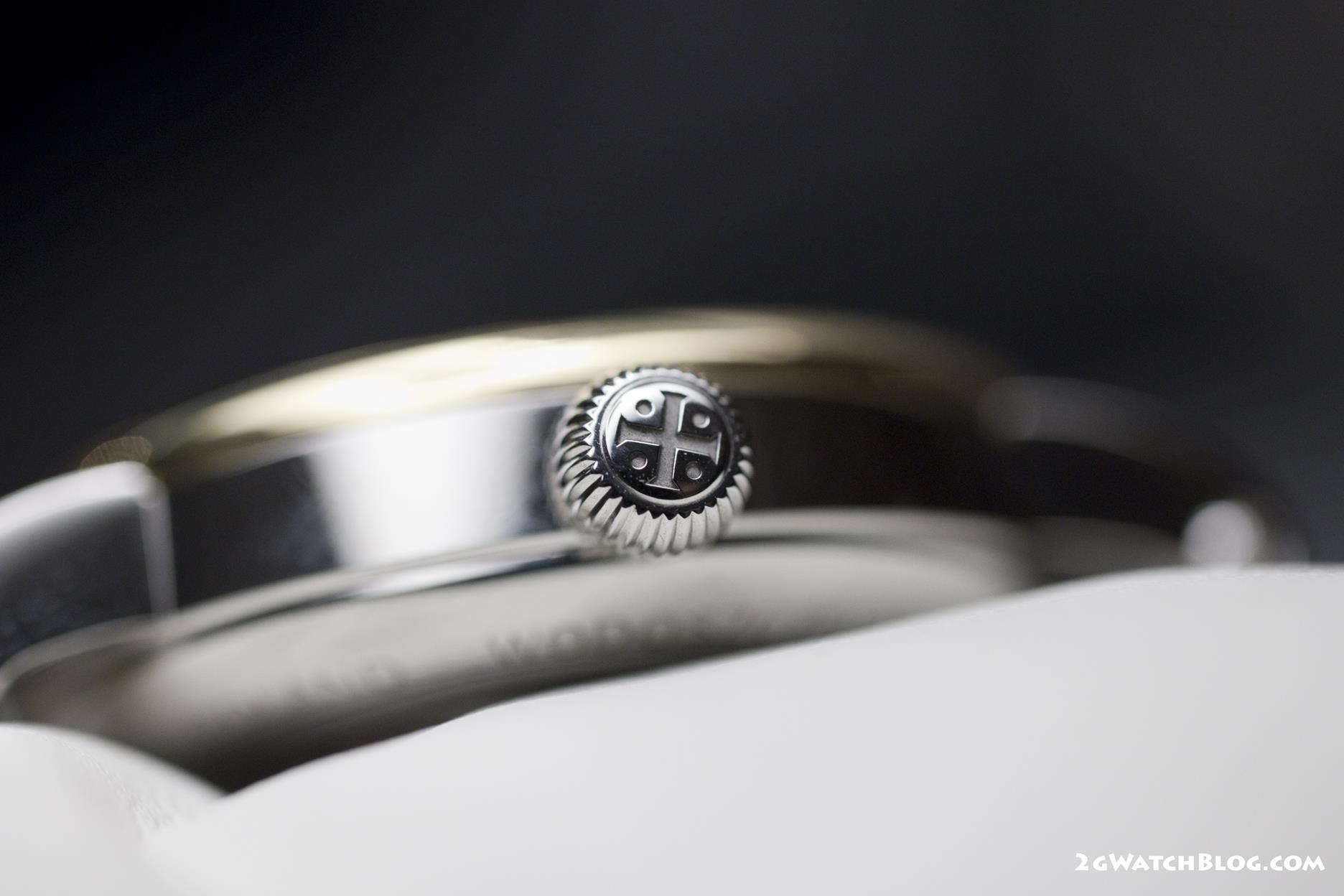 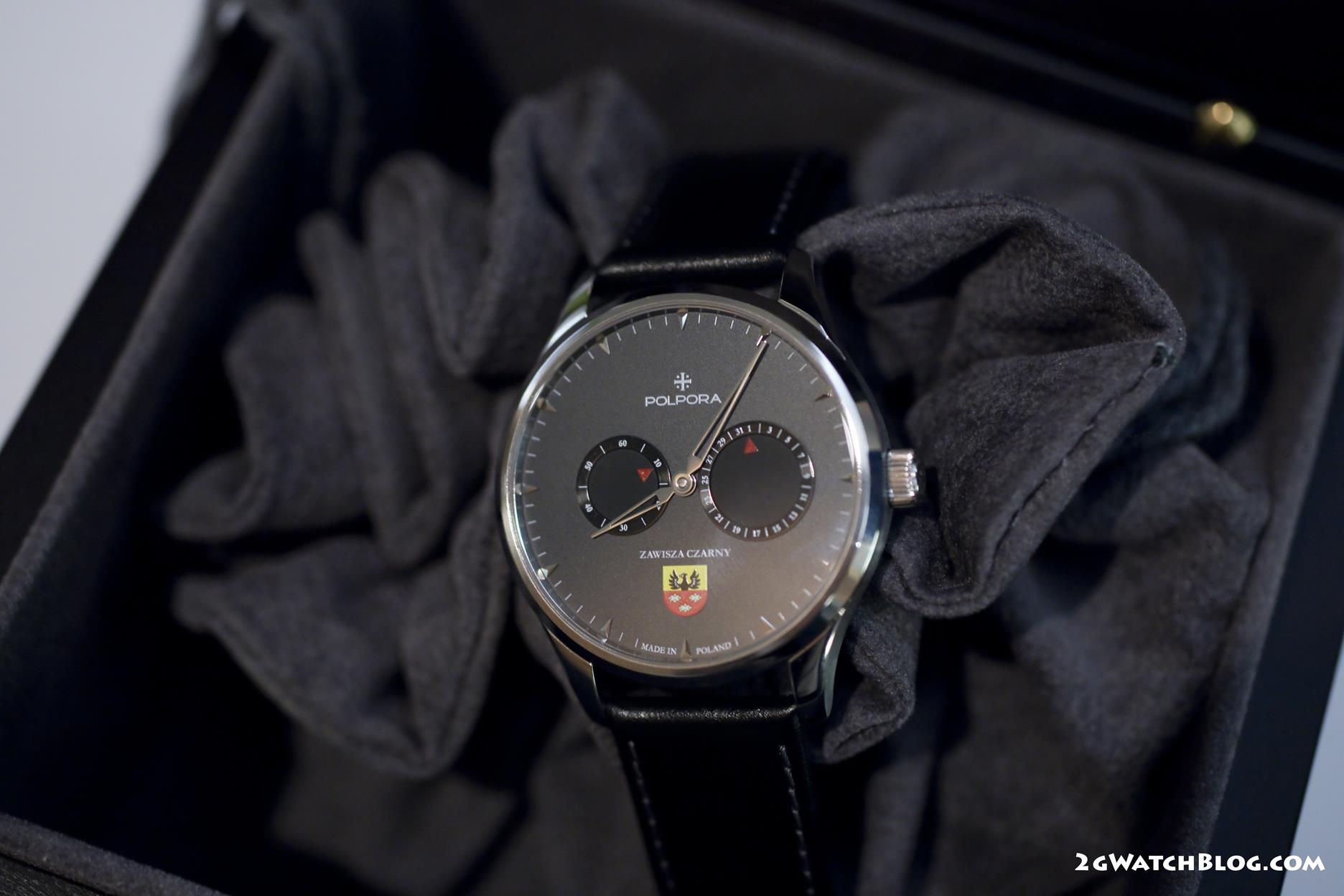 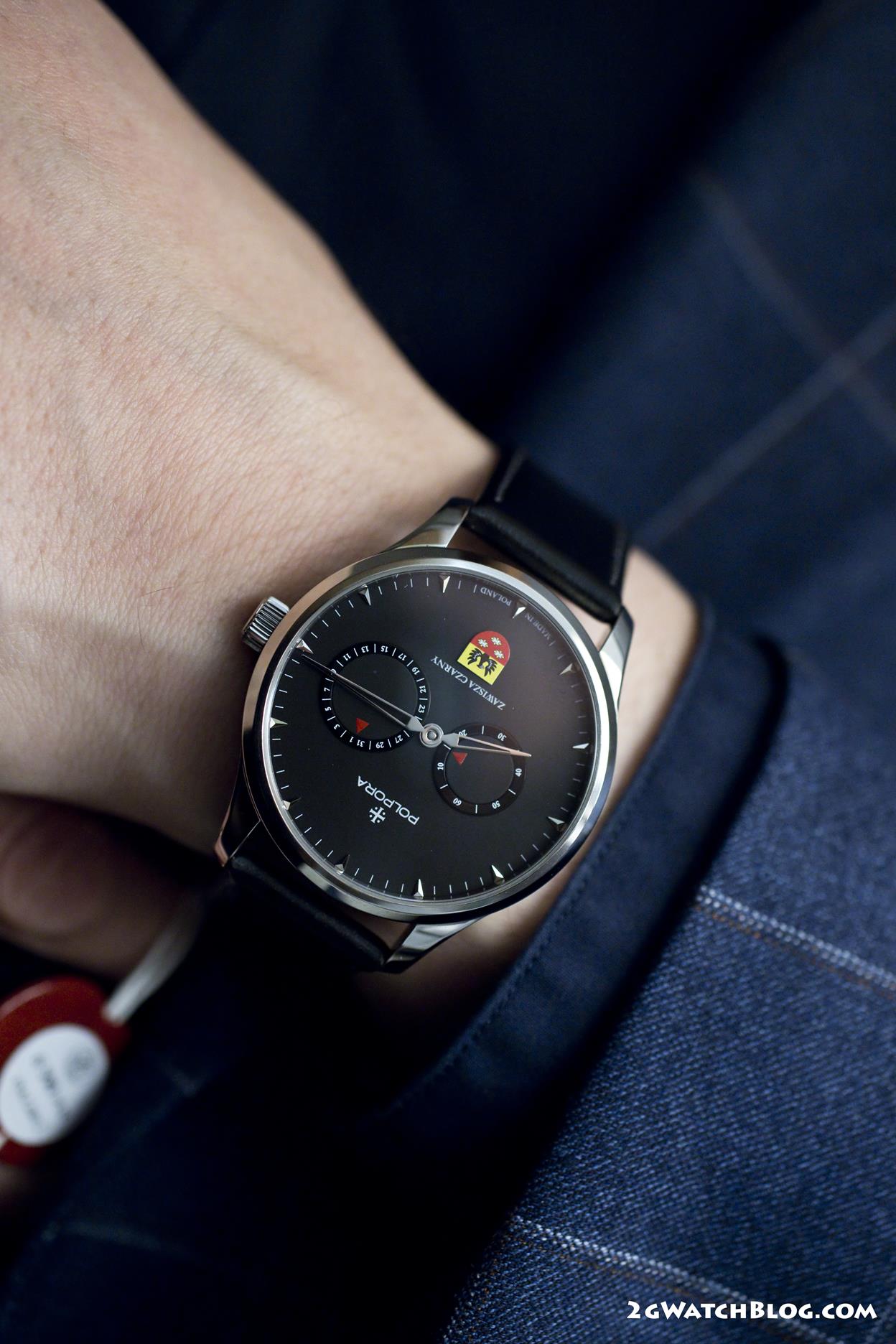 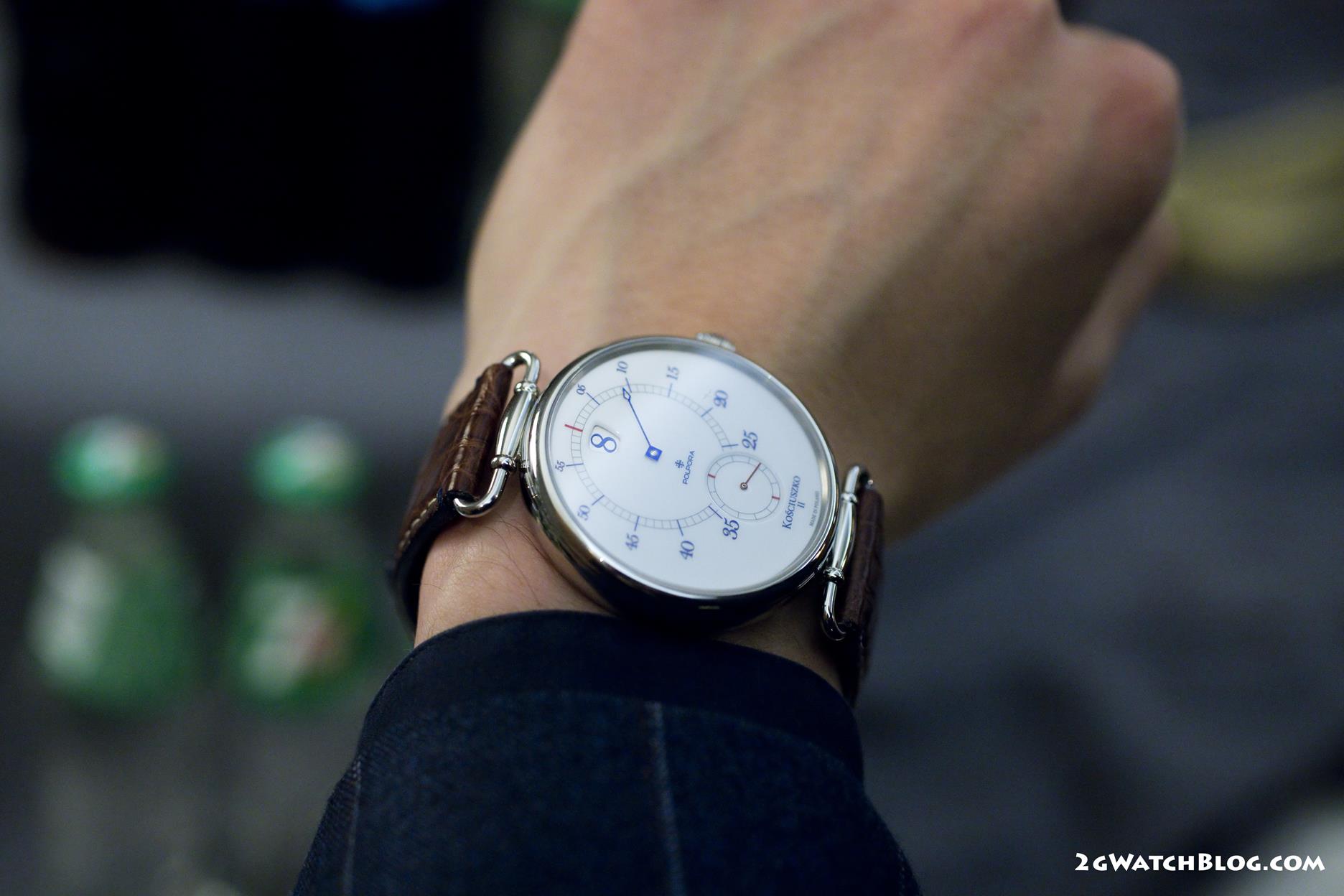 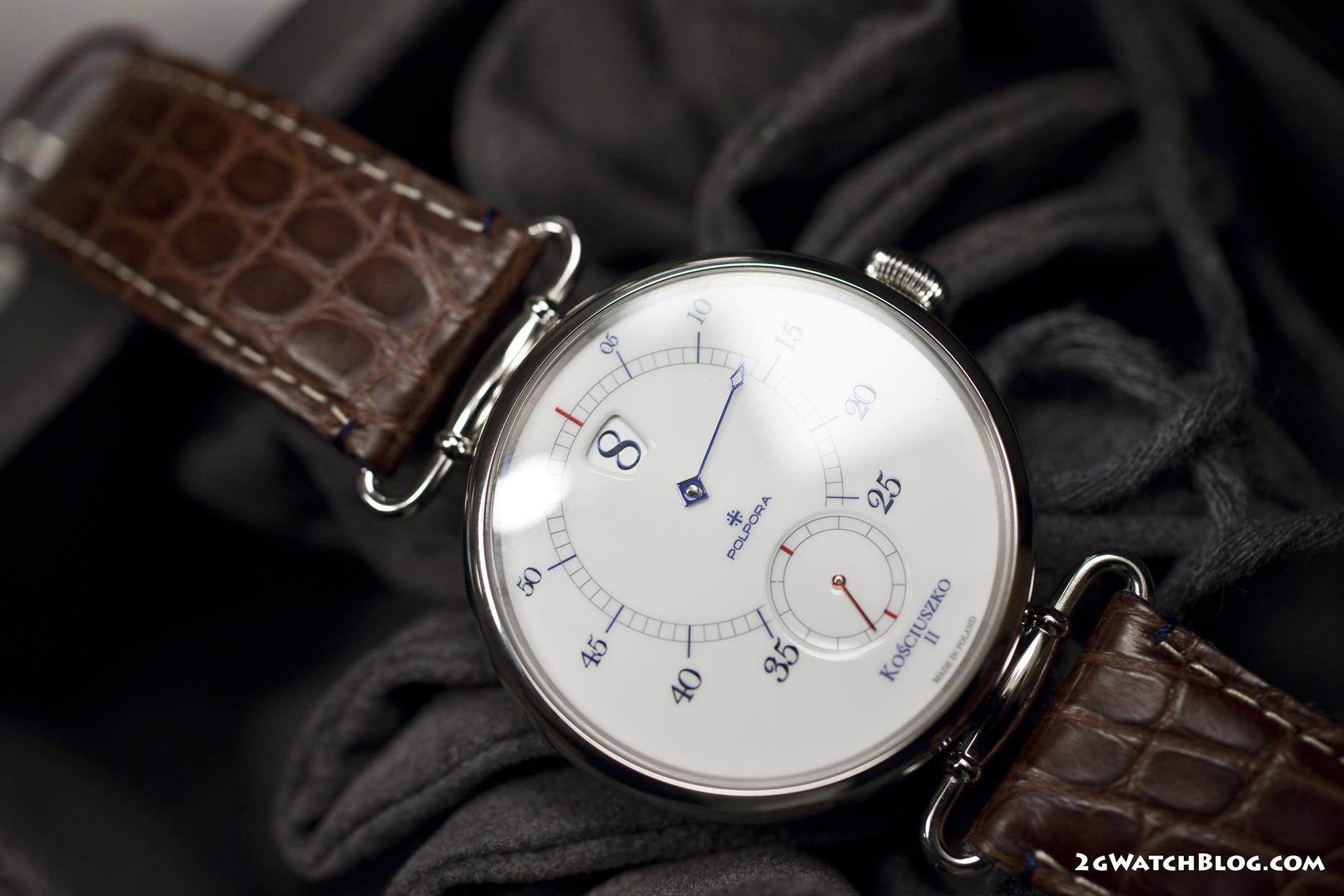 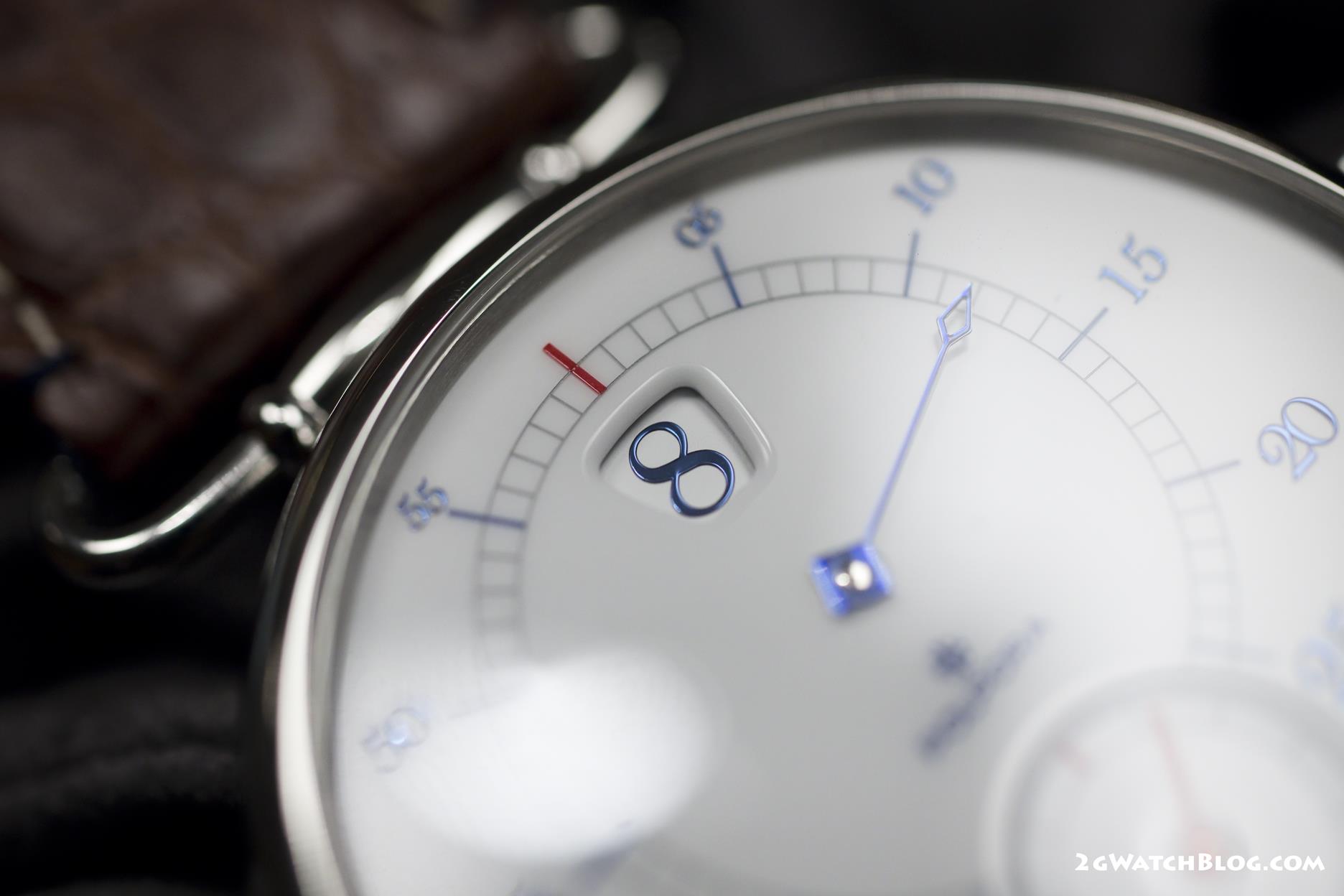 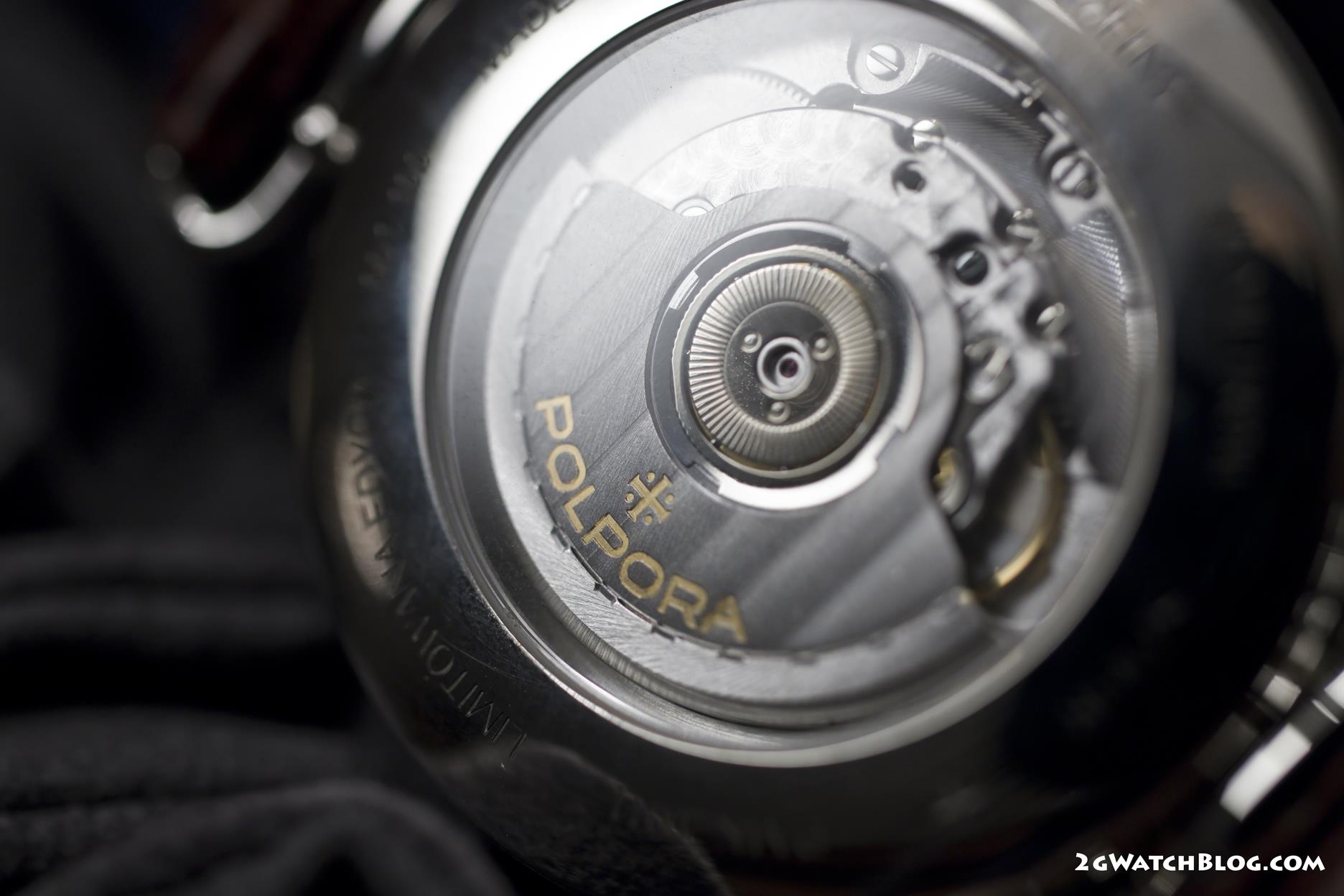 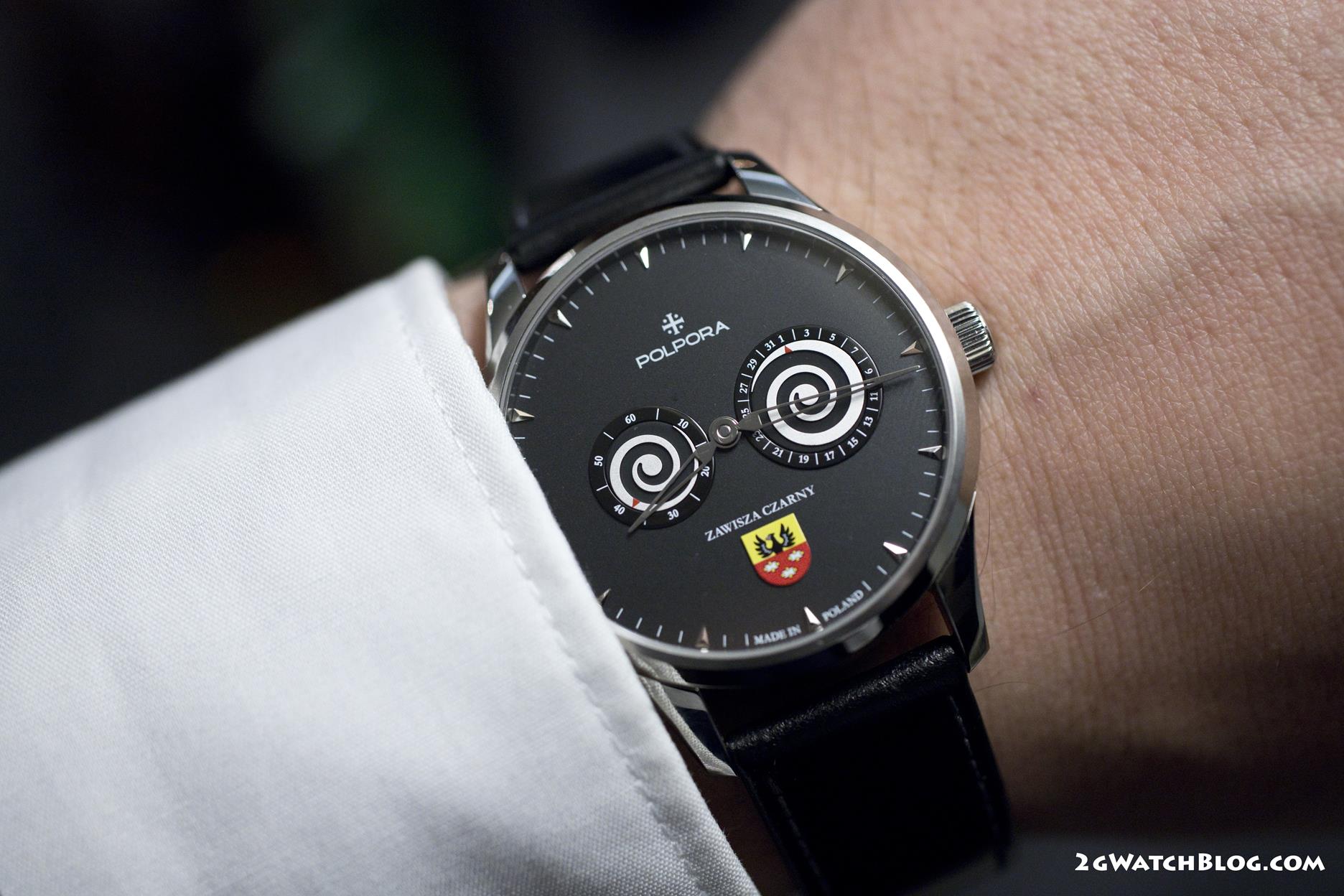 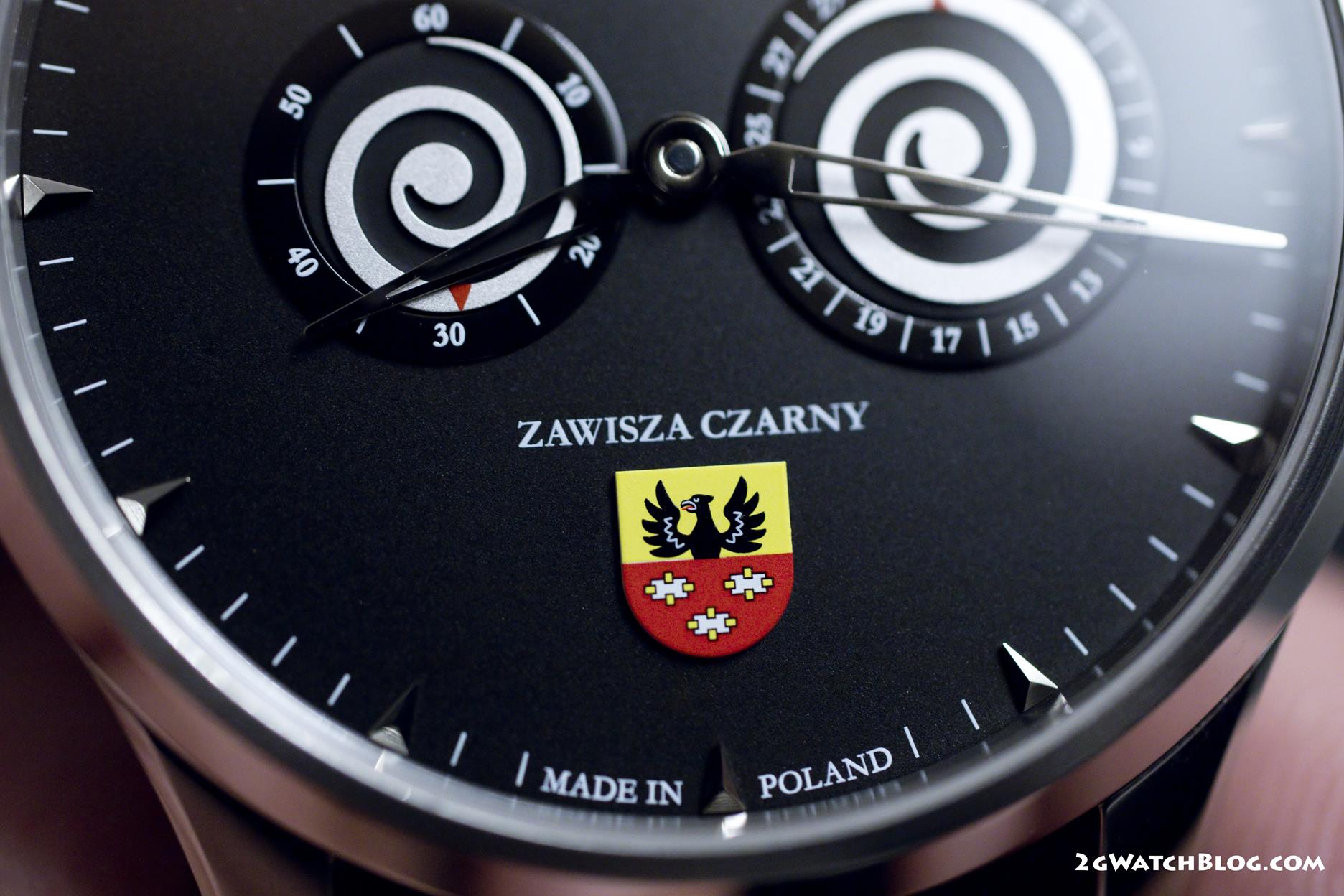 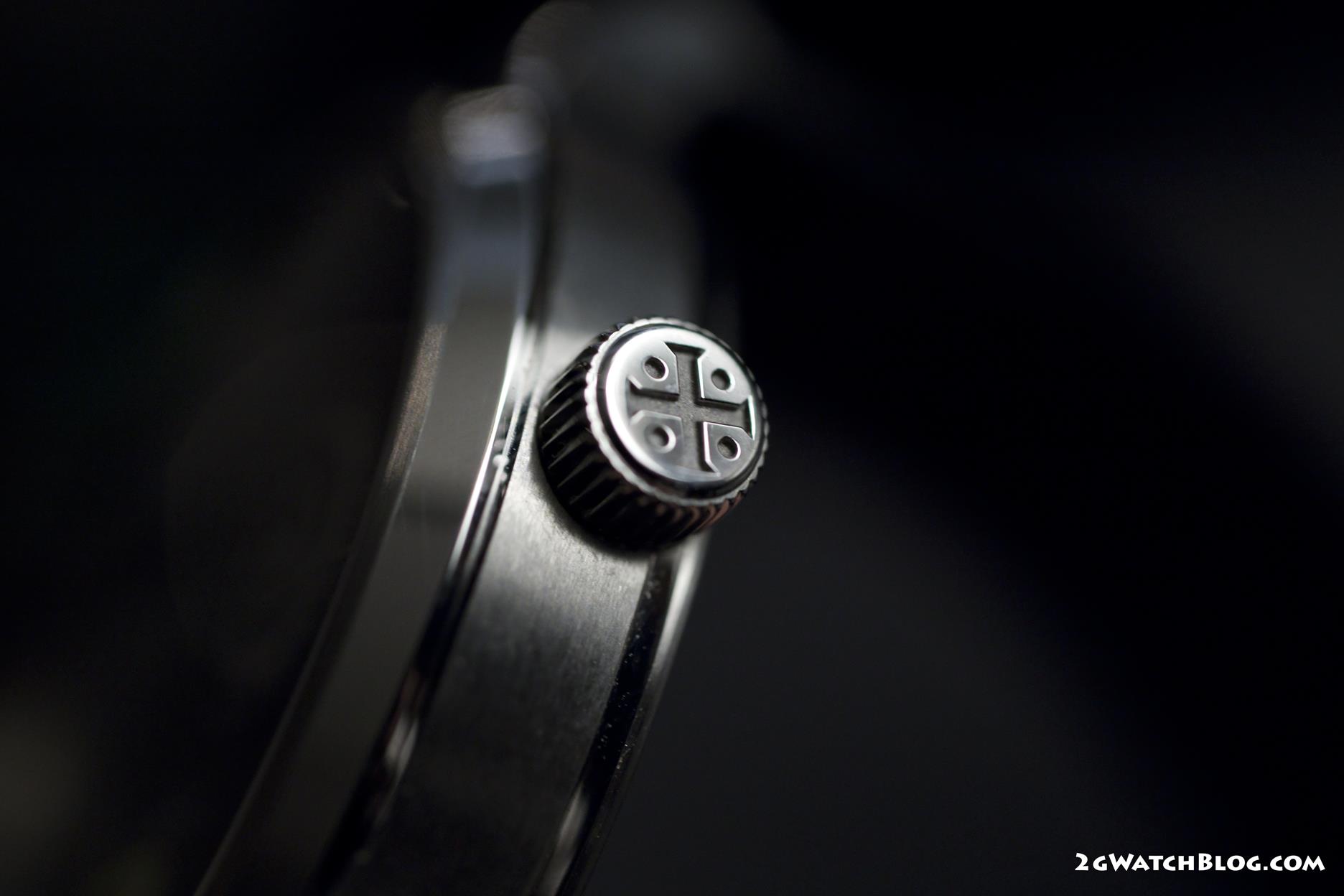 During the try-ons, it turned out that the Zawisza Czarny model, which did not suit my taste in the photos and renderings on the Internet, looks much better live and I even like it.

After the presentation, guests were invited to the tables for a gala dinner, during which traditional Polish dishes and wines made from local grapes were served.

The Polpora company is celebrating its 15th anniversary this year, so after dinner, a surprise awaited the guests in the form of two sumptuous cakes, stylized as the faces of new watches. 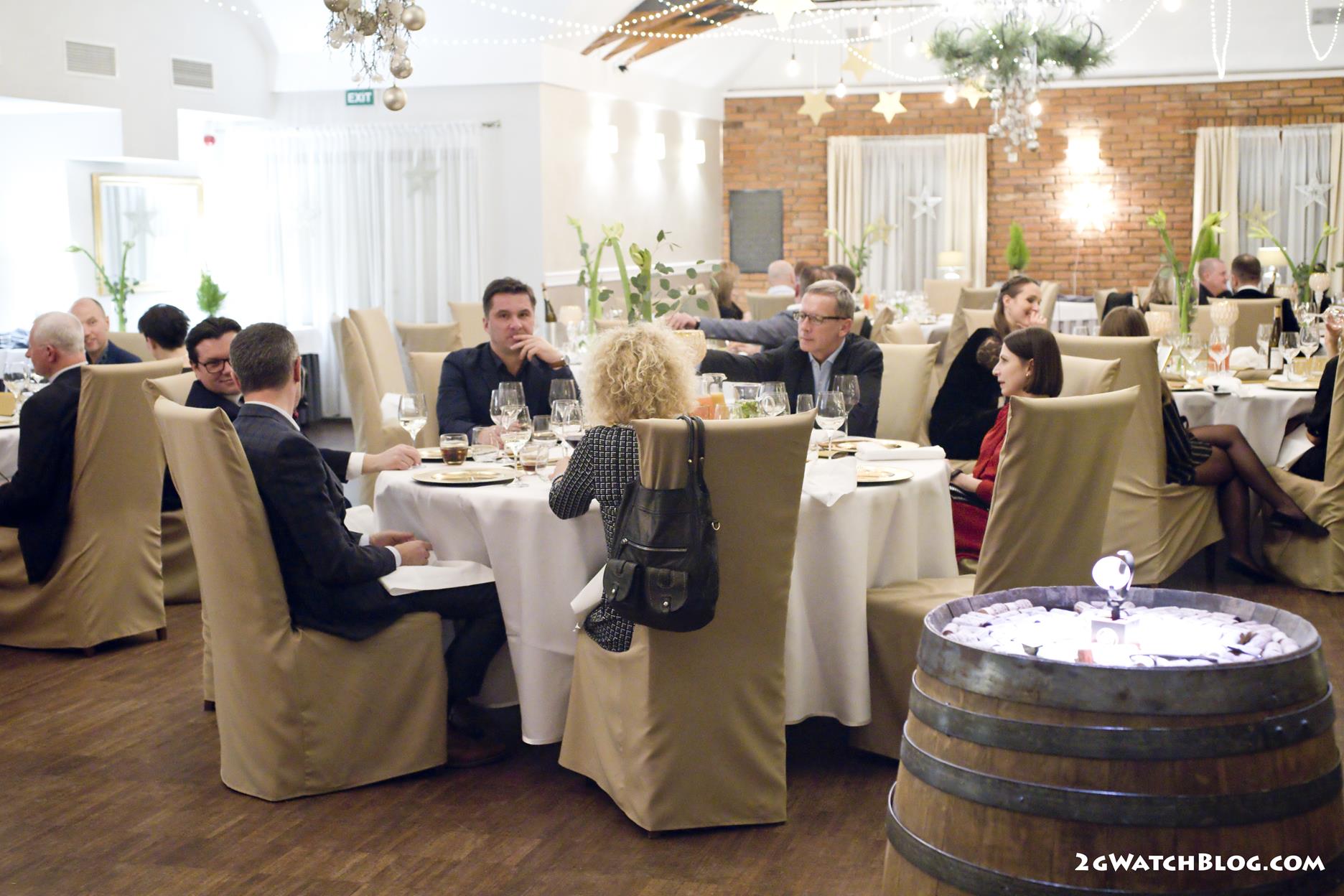 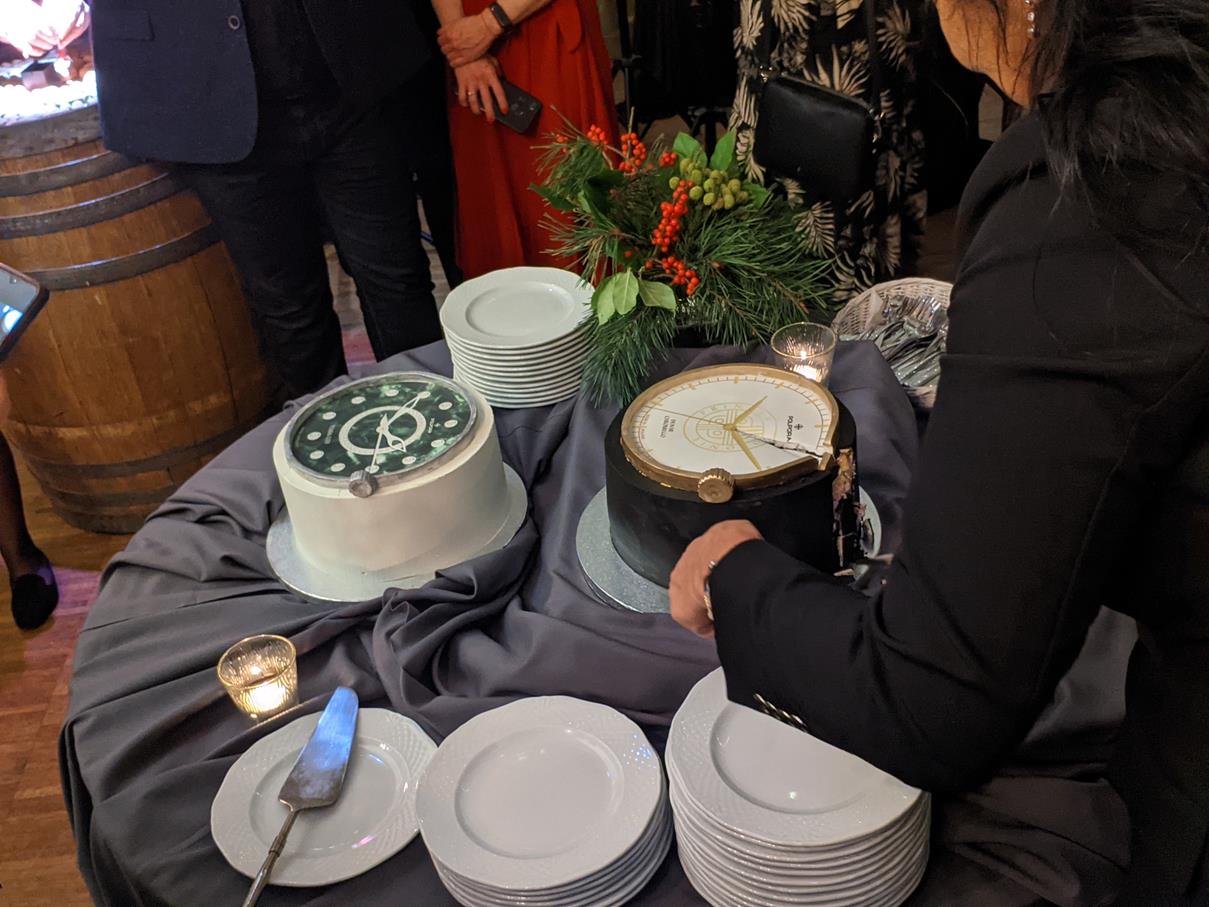 I think that the entire Polpora team can be fully satisfied and proud of the launch of new models. The response from the guests was very positive and no wonder. The new models made a great impression on me. A brand such as Polpora releases 2-3 models per year. Each model is designed with great care. Additionally, watches are strictly limited, usually to 50 pieces.

However, what is the most important and the most valuable in this type of small productions is a brilliantly refined design that immediately gives you the feeling that the watch was created out of passion and is a small work of art, not a profit-oriented product.

I am glad that such watches are created in Poland. Our domestic producers are doing better and better on the market, and their projects are bolder and they are still able to introduce something new in such a crowded space as the watch market.

The official premiere of the new models took place at 4:30 p.m. in the form of a stream on the official Facebook profile of Polpora. If you are interested in hearing about the history of the Polpora brand and watching how the watches look in motion, the video from the stream is available at https://www.facebook.com/polpora.zegarki/videos/453327219466858 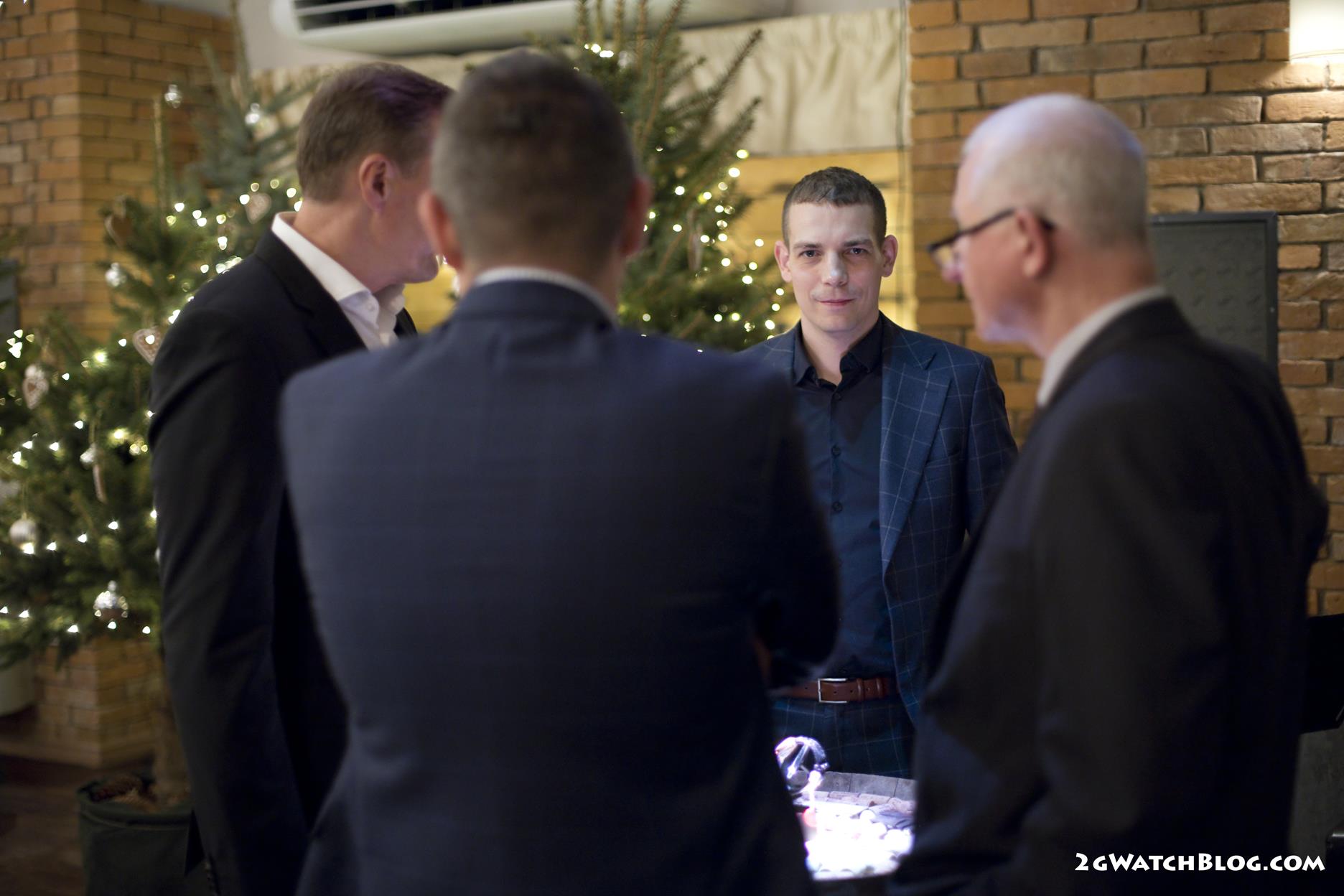 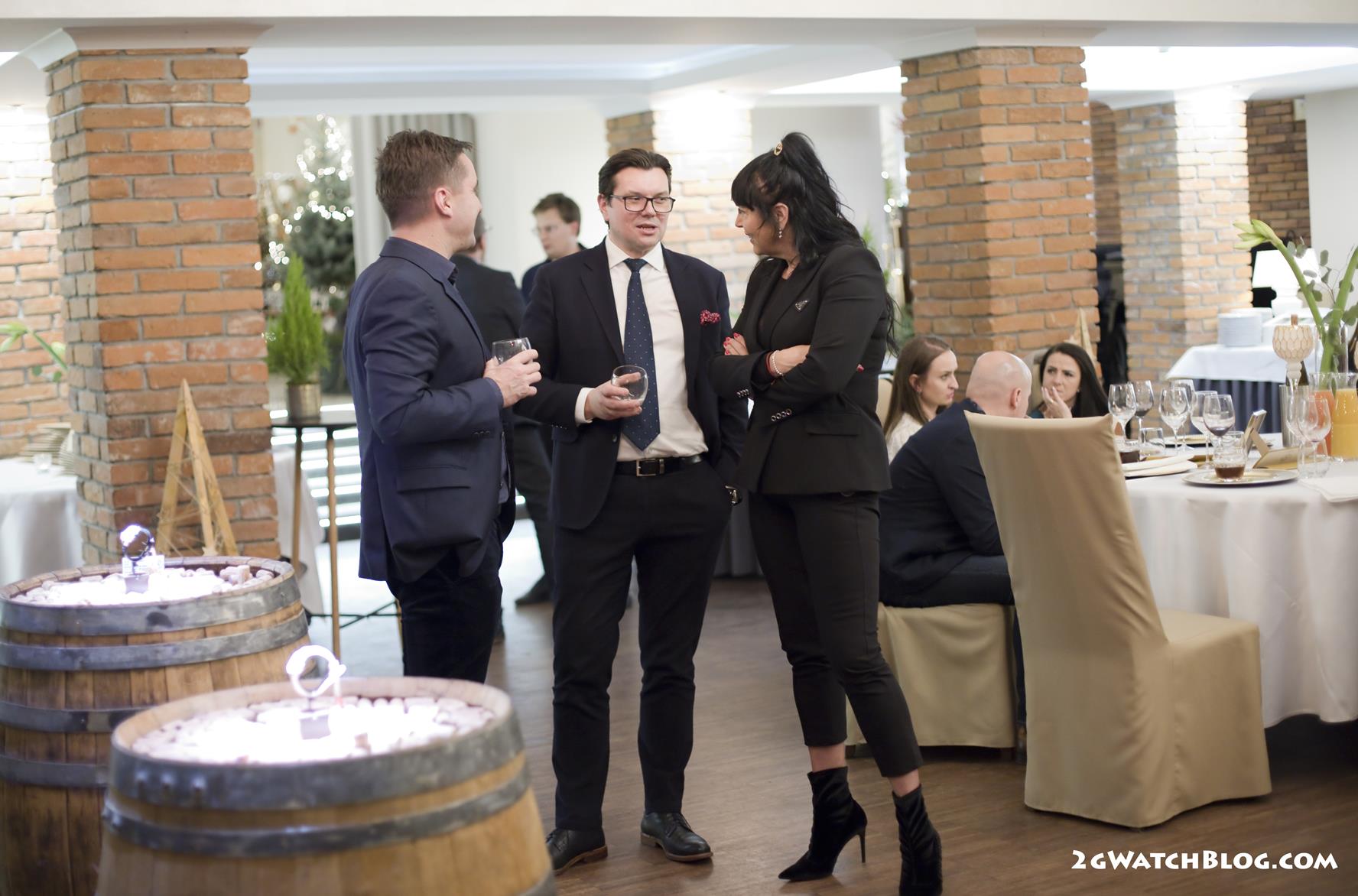 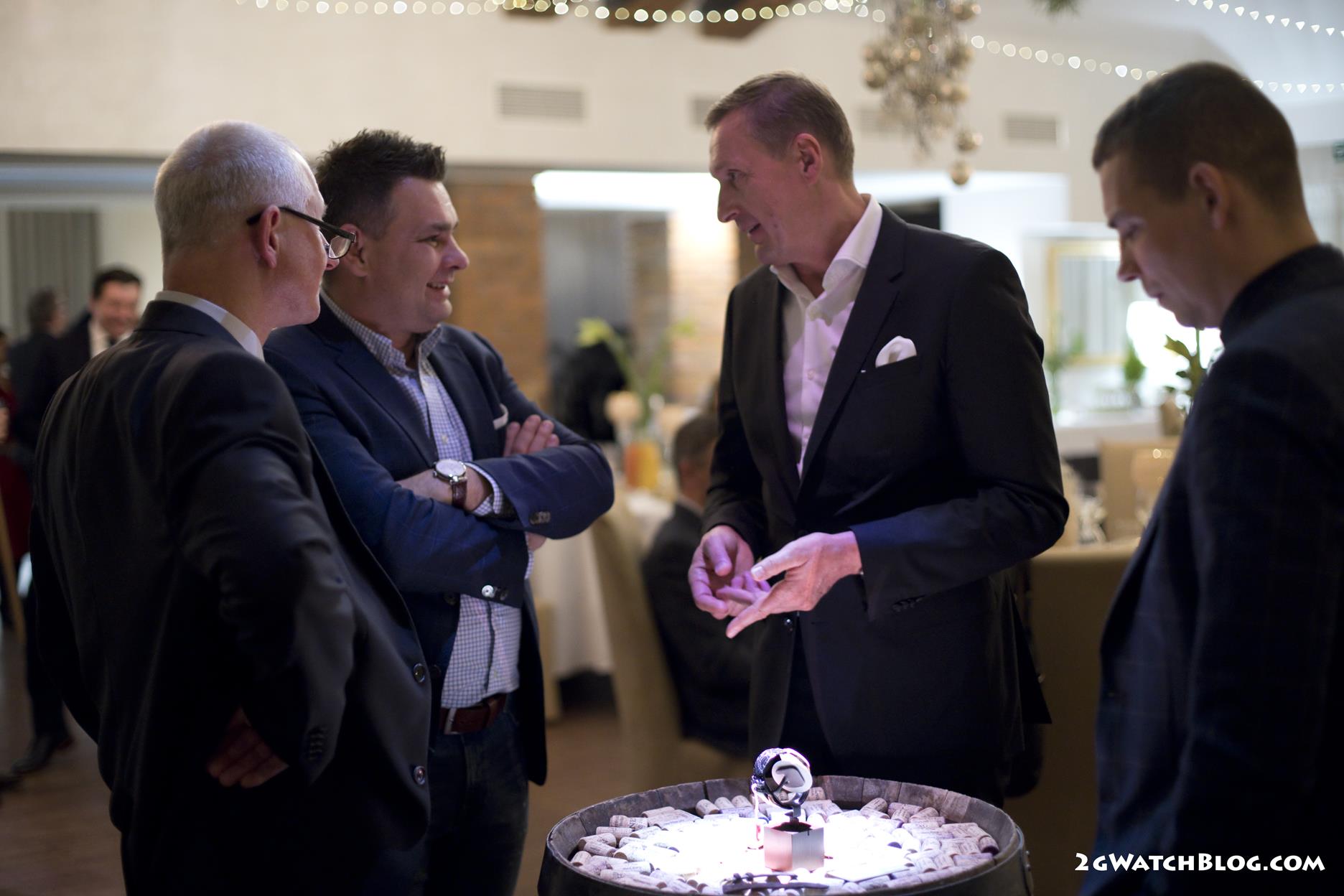